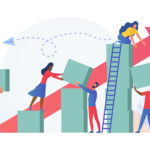 Building a multi-million dollar practice may seem unattainable, but I discovered a key to achieving that goal.

We opened our practice in 1992. I blinked and now we’re about to celebrate our 30th anniversary. When I opened my practice, there wasn’t even an ICD-9 diagnosis code (ICD-10 didn’t exist yet) for dry eye disease, and now we run a successful dry eye clinic. Many states were still fighting for the right to use therapeutic medications, and now we have a medically focused practice that generates more revenue from medical office visits than refractive-based examinations. And the state-of-the-art technology of the nineties is something that could be in an optometric museum today.

When I look back over the last 30 years, and the trajectory of our office, it becomes clear that there was one key to the success and growth of our practice. Here are important actions I took to grow our practice followed by the key lesson underpinning those actions, which made it all possible.

Expanding Office Space
In 1997 we moved the office and expanded. In 2002 we expand it again. In 2007, and again in 2012, we did the same thing. Each time we agonized over whether it was the right decision to invest in the practice to spend the money that it would take to expand and modernize the facility. Every time we expanded we added two exam rooms, and every time we added two exam rooms, we could add another doctor. And every time we added a doctor we would increase our annual practice income by at least $250,000 the first year they were part of our practice, and even more in the years after that.

Adding New Technology
Then there were the times that we spent hours analyzing the pros and cons of investing in a new piece of technology. When we finally purchased the $50,000 retinal imaging system and networked it into the exam rooms it took about a week for us to forget what it was like to practice before we had it. We agonized over whether or not to purchase a LipiFlow system, and I can’t imagine operating a dry eye clinic without it. There were so many times that we painstakingly analyzed a purchase or addition of a new sub-specialty within the office, and that analysis sometimes took months and months.

We made $136,000 profit with retinal imaging technology in one year and a $6,000 profit in TearLab testing in the first six months.

Expanding the Staff
And then we were always having discussions about staffing. Did we really have enough patients to support the addition of another doctor? One doctor became two, which became three, and then four. Every time an additional doctor was added there was fear and anxiety. “Could we financially support the additional doctor’s salary?” “What about another technician or receptionist or optician — can we really afford it?” Somehow one receptionist became two and then three, one technician became four, one optician became three- each time leading to sleepless nights being afraid that the additional expense of the salaries would not offset the benefits of having the additional staff person.

The Key to All of the Above Expansion Decisions–and to Practice Growth & Profitability
Why this walk down memory lane? Because it leads me to the one key factor that is responsible for the creation of a successful multi-million dollar practice. That key is: get out of your own way!

It is essential that you carefully track and check your practice growth and profitability metrics before making decisions that will require a significant investment. Click HERE to read an article on how Dr. Friedman tracks the metrics in her practice to pinpoint needed areas of improvement and opportunity.–ROB Editors

There is an underlying value in keeping your staff engaged and excited, and keeping current with technology will do that. Every time we brought in a new staff member, within weeks we couldn’t imagine functioning without that additional staff member. Every time we expanded the office, it proved to be a huge financial gain to practice revenue. Every decision that seemed to be so scary when it came to expanding, growing and achieving proved to be what propelled the practice to success! There were so many times where the only regret I had was, “Why didn’t we do this sooner?”

Don’t Be Afraid to Go for It
So, if you’re just starting in practice and contemplating a new purchase or bringing in another staff member or doctor–and have practice growth and profitability metrics that support the move you are considering–go for it!

American Rescue Act of 2021: How ODs Will Be Impacted & How to Optimize the New Law

The 3 Areas of Continuous Improvement that Are Building My Practice

There’s never been a point in my 30-year career that I regretted expanding or providing additional services to our patients or bringing new staff members or doctors into our practice. And every single time allowing ourselves to get out of our own way and let the practice grow was the one key to our success— it took us from a $90,000 gross in year one to becoming the multi-million dollar practice we are today, and it can work for you too!

Give it a try. Be brave enough to take the necessary risks to be successful beyond your dreams! 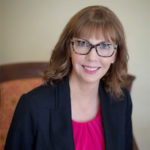 Kimberly K. Friedman, OD, FAAO, is the owner of Moorestown Eye Associates in Moorestown, N.J. To contact her: kkfod@comcast.net