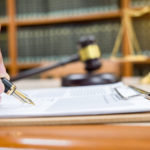 The American Optometric Association-backed Dental and Optometric Care (DOC) Access Act was reintroduced in the U.S. House of Representatives and the Senate, seeking to preserve the doctor-patient relationship against what the AOA describes as “intrusive vision plans.” Here are the details on the possible new law, including how it could do away with restrictions on the labs you can use and the amount of money you can charge patients for your products.

• Limits on a doctor’s choice of lab.
Sometimes eyecare professionals experience an optical laboratory that just can’t deliver. Whether the problem is a lack of on-time delivery of patient jobs, inaccurate prescription fabrication, or loss of patients’ frames, this is not a one-time event. When this happens many times over many years patient care is impacted. This situation is compounded when you are forced to use that laboratory by a third-party vision plan. You know there are better laboratories out there because you are using them with your non-vision plan patients, however, the vision plan forces you to use their chosen laboratory.

When an optical laboratory fails, patients blame you, the eyecare professional. Most patients do not blame the optical laboratory or even the third-party vision plan. No matter what you tell them, they ultimately blame you. This often results in patient loss and creates a group of people who go into your local community telling others about the terrible service they received in your office.

• Mandates on non-covered services and materials.
A second, equally egregious problem we face with vision plans is interference in the doctor-patient relationship by dictating prices for non-covered services or products. Even though they may not cover a service or a product, they in effect enact coverage by forcing you to reduce your fees. When you question third-party representatives about this practice, they simply shrug their shoulders and say: “You signed the contract. If you don’t want to abide by the terms of the contract, then don’t sign the contract.”

The 2021 bill is supported by the American Optometric Association and the American Dental Association. The bill combats abusive practices in the federally regulated vision and dental coverage markets by preventing:

• Limits on a doctor’s choice of lab.

• Mandates on non-covered services and materials.

The Office Space Improvements That Transformed Our Practice

You should know that two of the nation’s most dominant vision plans provide coverage to roughly two-thirds of Americans. Through special legal treatment (vision plans often aren’t regulated like health insurers) and a lack of competition in the market, vision plans too often insert themselves into doctor-patient decision-making. This bill is an attempt to address this problem.

Sen. Kevin Cramer made the following statement: “It is past time we balance the scales and give doctors more choice in deciding the direction of care by allowing them to choose their own materials and lab services, and by increasing fairness in doctor-insurer agreements. Our bipartisan legislation would put decision-making power back into the hands of doctors without raising the costs on consumers.”

HERE’S WHAT YOU CAN DO NOW
We must fight for fairness in the marketplace. Act now by:

• Consider investing in AOA-PAC, the only federal political action committee dedicated to fighting and winning for optometry.