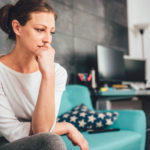 Have you ever had a patient who loved you and your practice, but had nothing good to say about any doctor who had seen them before? If so, beware. They may be suffering from a personality behavior disorder and your treatment plan may need to include more than just glasses, contact lenses and eye health. Eyecare professionals have a role in the overall health and well-being of the patients we see. This includes mental health.

We know that mental health disorders have an impact on systemic and ocular conditions such as myokymia, blur, binocular vision, headaches, herpes zoster and dry eye. Looking at the general population, the chance that the average person has a mental health illness is 21 percent (women, 25.8 percent, and men, 15.8 percent). It is important to know that over half (about 56 percent) of adults with mental illness do not receive treatment.

How We Achieved 30% Increase in Patients Updating Their Glasses

People with borderline personality disorder may experience intense mood swings and their feelings for others often change quickly, swinging from extreme closeness to extreme dislike. People with borderline personality disorder tend to view things in extremes, such as all good or all bad. These changing feelings often lead to unstable relationships and emotional pain.

People with borderline personality disorder have a higher rate of self-harming and suicidal behavior than the general population.

People with borderline personality disorder who are thinking of harming themselves or attempting suicide need help right away.i  If you have a patient who is in immediate distress or is thinking about hurting themselves,

There are key thoughts you need to have: