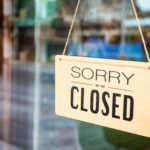 Did you sharply reduce your patient appointment slots during the holiday season? Spending time with family and loved ones is important, and a joyful thing to do, but you may have just given your biggest competitors a huge edge. In fact, Warby Parker’s founders note in this video that their stores’ best business days are between Christmas and New Year’s Day.

Just as the holiday season is prime time for many patients seeking appointments, nights and weekends also are essential. In the late 1980s, in the early days of LensCrafters, the company I founded, we did research and discovered that 64 percent of our business was captured during times when most ODs’ offices were closed — evenings and weekends. In those days, over 50 percent of women worked outside the home, mostly during weekday daytime hours — about the same for men. Thus, people had to take off from work to visit an optical shop. The ODs of those days (and many today) could not bring themselves to understand they are in a retail business and benefit greatly from convenient operating hours.

Why Did Sales Decline Thanksgiving Week?
Vision Monday noted in its news quiz in the Dec. 4-5 issue of Vmail Weekend that the national average for gross revenue at ECP locations declined sharply the week of Nov. 22-28, according to Jobson’s Optical Business Tracker. The quiz asked why this decline in gross revenue occurred, and cited the Thanksgiving holiday as the reason behind the decline. I would argue that this was not, in fact, the root cause of the decline.

The root cause is that so many optical shops are closed or opened only limited hours over the weekend. The declining sales in this case is a self-fulfilling prophecy.

The Most Important Actions I Take to Reduce CL Dropouts

The facts are clear: the strongest optical sales days of the year are (1) the days between Christmas and New Year, and (2) Thanksgiving weekend. To enjoy these opportunities, you have to be open for business, obviously. Unfortunately, though understandably, many optometrists and opticians use these days for vacation.

What Are the Most Productive “Opening” Times for Optical Retail?
In my experience, in hundreds of locations, worldwide, is that the most productive days to be open are the same as the busiest general shopping days.

In LensCrafters’ U.S. business, we brought in extra staff to take advantage of the FACT that huge numbers of people are shopping during the holiday season, with families, and find optical shopping convenient during this time. We always put up signs inviting walk-in eye exams. Outside the U.S., we did the same for the days between Christmas and New Year.

Finding time to spend with family and friends during the holiday can still be prioritized while finding ways to make your office available to patients at the times of the week and year when they are most likely to seek your care and when they will most want to shop in your optical. If you don’t do this, know that your biggest competitors are glad to see and sell to all the patients who tried unsuccessfully to make an appointment in your office.

Edward Dean Butler was a marketing executive at Procter & Gamble for 14 years before helping a colleague found what is now Vision Works. He then founded LensCrafters, with the famous “glasses in about an hour” slogan. After five years at LensCrafters Mr. Butler left to found Vision Express in the UK and Australia. Today he serves on several Boards of Directors, including Neurolenses in the USA and Eyoto (ophthalmic instruments) in the UK. To contact him: edeanbutler@gmail.com