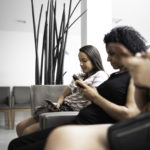 Amazon has plans to bring in-person healthcare to 20 major cities by the end of 2022, according to a Sept. 6 report by Insider.

Amazon Care, the e-commerce giant’s healthcare venture that offers telemedicine and in-person primary care, launched as a pilot program in 2019, Alia Paavola reports in Becker’s Hospital Review. It initially only was available to Amazon’s Seattle employees and their dependents, but Amazon later expanded it to all employees in Washington state and announced plans in March to expand to other employers across the country. However, the in-person component of the venture was limited to Washington state, Washington, D.C., and Baltimore, according to the report, Paavola writes.

Research Findings: Impact of COVID-19 on Eyecare & the Value of Vision Health

What Does Warby Parker’s Public Offering Filing Tell Us About Its Sales?

Now, Amazon is looking to bring both telemedicine and in-person care to Philadelphia, Chicago, Dallas and Boston in 2021, people familiar with the deal told Insider.