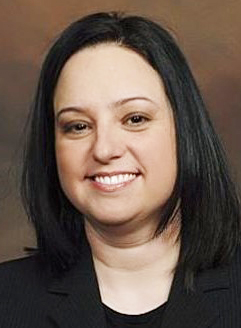 Encourage patients to think “back to the eye doctor” before “back to school” with a well-timed television appearance. Included here: media tips and suggested talking points.

MAKE IT EASY FOR STATION. Send the station your talking points, along with photos to enhance your appearance.

As early as late July, families begin thinking about what children will need for the coming school year. Along with electronic devicesand other supplies, many will also be searching for a doctor to check their children’s eyes. An aggressive marketing campaign, that includes local television coverage, is one way to make sure your practice is top of mind when the need for a back-to-school eye exam arises.

Being on television not only gets the word out about your practice; it also adds a wow factor to patients’ perception of your practice, setting you apart from the competition.

We spent around $1,000 on advertising for back-to-school, including for a commercial that ran during the show I appeared on, and generated around $6,000 in revenues from an influx of eye exams and product purchases by families with children. 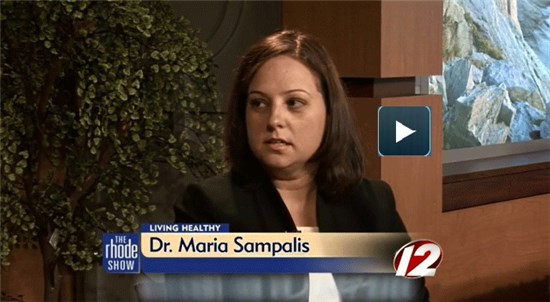 Click HERE or onthe above image to view a segment Dr. Sampalis was interviewed for about back-to-school eyecare. Dr. Sampalis says it is important to fully explain how children’s vision and eye health ties to academic performance.

Television is a challenging medium, but how well you come off has a lot to do with how prepared you are and how at ease you appear.

BE SIMPLE AND DIRECT. Concentrate on just two or three key points you want to make–and present them in lay terms that viewers understand.

KEEP STILL. TV tends to amplify every motion, so keep your hands in your lap, and be aware not to rock back and forth.

Reach Out to Local Television

Your existing patients, and others you know in the community, can be great resources in finding new outlets to promote your practice. One of my patients happens to work for a morning talk show, The Rhode Show, that airs where my practice is based, in Rhode Island.

After she gave me the name and contact information for the person on the show who books appearances, I got in touch. I explained my desire to make a guest appearance on the importance of annual eye exams, including the impact vision and eye health have on academic performance, and the show agreed to have me appear.

A few weeks prior to my appearance, I e-mailed the show questions that would be good to ask me, such as why even children withno vision complaints need to see the eye doctor annually, and the eye health conditions that can be detected during a routine screening. I also e-mailed pictures of my practice and the eyewear we sell.

Write Your Own Questions
to Manage the Conversation

When working with a local news show, offer talking points to the show’s producers,sothe reporter easily knows what questionsto ask you.

Don’t Wait for Problems to Arise. Why does a child need to have their eyes checked each yearifthey have expressed no vision problems andhave nodifficulty seeing?

Conditions Affecting Eye Health Can Be Detected. What are some of the conditions affecting eye health that can be discovered during a routine exam?

All Children Require Yearly Exams. Do children of all ages need to have their eyes checked annually, or just young children?

Sunwear is Also Vital. In addition to glasses and contact lenses, what other vision products are important for the eye health and vision of young people?

Sunwear Can Protect Children’s Eye Health & Vision. Why is it so important for all children to wear sunglasses?

Eyewear is Available to Aid Use of Digital Devices. What kind of strain are all the digital devices our children use putting on their eyes?

Eyewear is Available to Guard Against Harmful Blue Light. What is blue light, and how can it harm our children’s eyes? How can parents best protect their children’s eyes from this?

Supplied with questions I wrote myself, and graphics highlighting my services, the three-minute segment was straight-forward with the host leading the way (albeit with my questions!).

Along with the air time during the show, the segment I did also was featured on the show’s Facebook page and web site, along with my name and practice’s contact information and location. Big plus: the station archives the segment on its site, where it easily can be found among other health segments and viewed. The page has a detailed intro in text and shows the doctor’s location.

Purchase Commercials to Air During Show

In addition to my interview on the show, I purchased a commercial that aired during the show’s commercial break.This “commercial” wasn’t as difficult to produce as it sounds. It was just the re-use of an ad thatI was alreadyusing at the timeon my practice web site.

Feature Link to TV Appearance on Your Web Site

To get the most mileage out of your appearance on a local television station, feature a link to the video segment on your practice web site and Facebook page. It’s best to place it in an area of the site where you have other information about back-to-school and pediatric eyecare services. That way patients can take action as soon as they watch it.

Maria Sampalis, OD, practices at Sampalis Eye Care in Warwick, RI. She also is the founder of Corporate Optometry on Facebook. To contact her: msampalis@hotmail.com