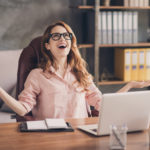 How you pay ODs, both practice owners/partners and associates, makes a difference to practice performance. Here is what we found to be the most effective way of compensating all doctors in a practice to inspire the kind of teamwork that results in strong profitability.

Associate optometrists
There are three primary ways of paying associate optometrists: a flat day rate, a percentage of the doctor’s personal gross revenue produced and a percentage of the total practice gross revenue produced. From these three methods, owners have created a multitude of variations. If you understand the three primary methods, then you will understand any of the variations.

Flat Day Rate
The underlying motivation behind the flat day rate payment method is to pay the least amount of money for an associate optometrist. Why would you pay an optometrist $600/day when you could buy one for $400/day?

The fatal flaw in this approach is the assumption that any optometrist who accepts a position utilizing this payment method will work to maximum efficiency and effectiveness. We can tell you from evaluating many practices that this assumption is incorrect. Recognizing that there are always exceptions to the rule, we can tell you from experience that the rule is minimum pay equals minimum effort. And, over time, when the associate doctor finds out that many of their optometry friends are making significantly more than they are, resentment eventually occurs.

Percentage of the Doctor’s Personal Gross Revenue Collected
This approach is based on the assumption that the associate doctor should share in what happens to the practice. This approach also gives the best answer to the associate doctor who comes to you asking for a raise in pay. The answer is: We want you to have a raise in pay. How can we help you to increase your productivity in gross revenue collected so that you achieve your desired increase in pay?

Keep in mind that is not 20 percent of gross revenue collected plus health insurance, malpractice insurance, dental insurance, etc. When you calculate the entire amount necessary to pay the optometrist, it comes out to the 20 percent number. It’s everything it costs you to hire that associate optometrist.

Here are two examples of a one-doctor practice to help this make sense:

The rule in play here is pay maximum and expect maximum performance. In today’s world, an optometrist should generate $1.5 million for 40 hours of work week per year.

How much is each OD generating in annual gross revenue collected in your practice per year? How much is the owner OD generating when their performance is annualized? Remember that leaders lead.

We need an example of how this works with multiple doctors generating different personal gross revenue collected numbers.

We can’t leave this approach without pointing out its primary flaw. This approach leads to a “my patients, your patients” point of contention in a practice with two, or more, doctors. Under this system, associate doctors only want paying patients scheduled with them. For example, doctor 1 sees a patient for an exam and prescribes new glasses.

Doctor 1 gets credit for the revenue generated by the exam and the Rx. The patient is subsequently scheduled with doctor 2 for an Rx check. The Rx check is a non-paying visit. This visit does nothing for increasing the annual payment to doctor 2. Under this system, doctor 2 wants the patient moved to doctor 1’s schedule even if it inconveniences the patient.

Is that the mindset you really want to create in your practice? Do you want doctors fighting and creating upset over which patients are placed into their schedule versus the other doctor’s schedule? That is not healthy for any practice.

Percentage of the Total Practice Gross Revenue Collected
This approach was created in an effort to fix the problems generated from “my patients, your patients” by creating the mindset that every patient is “our patient.” (We used this approach since our practice was created in 1980.) In this approach, the pot of money available for all doctors is distributed based on clinical hours worked.

Let’s do a couple of examples to help make sense of this calculation:

This system is not without its weakness. The most obvious one is what if OD 1 is significantly more productive than OD2? We helped a practice where we used this system and the owner doctor generated three times more revenue than the new graduate OD he hired. He felt the payment system wasn’t fair since his OD wage was the same as the new graduate.

Here’s some background you need to know. We took all non-revenue producing exams plus any secondary care level exams and moved them to the new OD’s schedule. Contact lens checks, Rx checks, glaucoma workups (the patient was already captured in the practice), follow-up exams … this resulted in clearing up the owner’s schedule for new patients. Keep in mind the owner had been in practice for 40 years and was the rainmaker for the practice. Can the new doctor be as effective as the owner? The answer is no.

The Software Increasing Eyewear Sales & Cutting Sales Time in Half

New Information Blocking Rules: How to Protect Your Professional Reputation

If we put ego aside and utilize each OD in the practice as effectively as possible, then all the ODs in the practice are working symbiotically to make the practice the best it can be. Our expectation for the new OD is to learn from the experienced OD how to become as productive within two years. Then, it will be time to bring in OD 3 and the process repeats itself.

The key is to make sure you are monitoring every individual doctor’s productivity and then sharing best practices with the group. When every doctor in the group is valuing and implementing best practices in an ongoing effort, then this system is the most effective way of compensating all doctors in a practice to inspire the kind of teamwork that results in strong profitability.

Owner Optometrists
In treating your practice as a business, one of the first things to do is to look at the ODs in the practice, including owner ODs, as a business expense. That is not a bad thing, it’s just reality. Too many owner optometrists do not do this. They pay all expenses and then pay themselves what is left over.