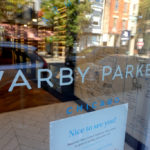 Warby Parker has become a powerhouse in optical retail, with a recent New York Stock Exchange debut further strengthening its financial position. But as strong as this behemoth is, it faces a hurdle that is leading to an expansion of brick-and-mortar stores: Eye Exams.

“One of the biggest friction points we hear from customers is around getting new prescriptions,” Warby Parker Co-founder and Co-CEO Neil Blumenthal recently told Lauren Debter of Forbes. “We’re very excited to continue to invest in our eye exam and telehealth offerings for customers.”

Debter notes that before people can buy frames or lenses from Warby Parker, they need to get their eyes checked in person and secure a prescription. That means making a trip to the eye doctor or a doctor housed within a corporate-owned store, such as LensCrafters, Vision Source or Walmart, where the person will also find numerous eyeglasses to try on–and an inevitable sales pitch.

For those reasons, Warby Parker wants to open hundreds of locations, where customers can get their eyes checked, try on frames and make a purchase, Debter reports. “We’re hiring lots of doctors,” Blumenthal told her.

Warby Parker currently has 145 stores, which Debter writes, means it is still lagging behind optical retail competitors that have over 1,000 locations. She reports that, in addition to giving people the opportunity to get both their eye exam and eyewear from Warby Parker, the company expects stores to operate as a marketing tool that can help it grow its brand awareness.

The New Technology Platform that Generates Rebates for Patients

In 2019, Warby Parker began letting customers try on glasses virtually through the app by submitting a photo of themselves. Starting this year, customers can renew their existing glasses prescription virtually, using their smartphone and current pair of glasses.