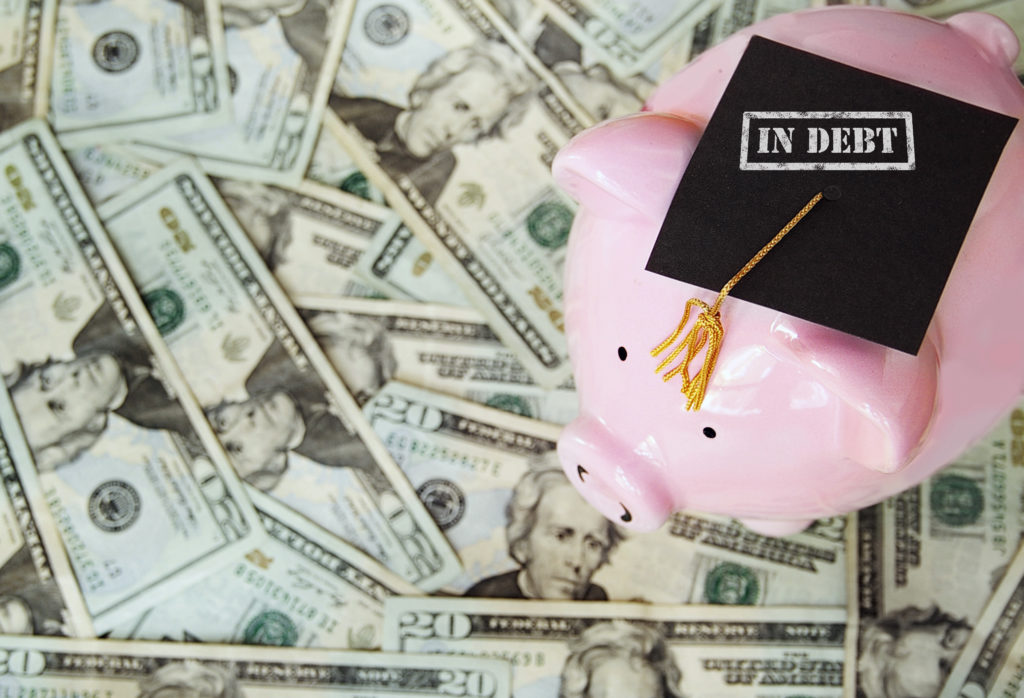 Student debt is a huge topic for debate this presidential election year. The impact it could make on many people’s lives and on many professions is immense. Optometry is no exception. Student debt forgiveness may be an important way to safeguard and promote the future of independent optometry.

One night, as I’m taking an Uber to downtown Nashville for an optometry continuing education dinner, I strike up small talk with my driver. She is a woman in her early forties. I find out that she has a Pharm D degree.

She graduated from a local pharmacy school four years prior. After graduation, she got a job at a Kmart Pharmacy. Six months prior to this Uber ride, she was let go because the Kmart closed down. For the last six months she has been unable to find a pharmacy job in the highly saturated Nashville metropolitan area.

There are seven pharmacy schools in the state of Tennessee. Two of them are located in Nashville. My Uber driver said that she couldn’t think about moving to a less saturated area. She is a single mom who has a daughter with a baby who live and work in the area. She also told me she was still paying off her student loans on a 10-year repayment plan. She is now in even greater debt because driving for Uber isn’t paying her basic day-to-day expenses.

The Uber driver’s student debt challenges got me thinking about the future of optometry. As more schools are opening up and more students are coming out of school with ever-higher amounts of student loan debt, where are we headed?

Too Strapped with Student Debt to Open Your Own Practice?
I recently attended a continuing education lecture on private equity. Buying groups and private equity groups are becoming increasingly common in optometry. Why? According to this lecture, it’s because optometry students are coming out of school strapped with more student debt than students from previous generations. Therefore, they are less able to buy into an existing practice.

5 Red Flags of an Unethical Employer

3 Valuable Lessons I Have Learned From Other ODs

There are more older ODs wanting to retire and sell their practices, with fewer younger ODs able to buy them. The danger of private equity buyouts of optometry practices is less personalized care for patients and more care for a corporation’s bottom line.

What Happens When Young ODs Can’t Buy Practices?
The worst case scenario would be the creation of an optometric Walgreens, with an OD office on every corner owned by the same private equity firm or corporation. It would be a world where very few solo optometric practices existed, even in rural areas. Also with too many schools, it would be a world where new optometrists would be picking up jobs as waiters or waitresses, or as Uber drivers because the market would be too saturated.

Optometric societies work hard to fight to make sure that some of these things don’t happen. I know that the University of Central Arkansas was considering opening up an optometry school in Conway, Ark., a few years ago. The Arkansas Optometric Association fought to make sure it didn’t happen–seemingly because the first graduating classes would more than fulfill the demand of optometric careers in Arkansas, meaning the succeeding classes would have nowhere to work.

The Potential Benefits of Student Debt Forgiveness
With the 2020 presidential election around the corner, there are candidates who are promising student loan debt forgiveness plans. It would be lovely if someone came along, waved a magic wand and the rest of my student loans disappeared. However, in real life, I know it would come out of everyone’s tax dollars.

The most important question we should be asking is: if student loans were forgiven, will that change the economic structure of higher education as a whole? Would the government be paying the institutions that we borrowed from the same amounts we are paying? What about regulations on the cost of education or regulations on number of schools per demand of the career the schools are for?

More new graduate schools are opening because they are profitable. We should ask ourselves if the current profits of these new educational institutions are going to cause damage to the future of our profession. Will throwing our tax dollars at student debt slow down the growth of new graduate schools?

Another important question: Would student loan forgiveness be the demise of private equity groups in the optometric world? I’m not sure. But I do know that it would allow more optometry students to purchase into their own practices right out of school if they desire. I do know that some sort of regulation would help give future optometrists more financial freedom.

How do you feel about student loan debt forgiveness? What would be the impact on optometry? Is it an important way to save and promote independent optometry?

Julianne Koch, OD, is a freelance writer and optometrist in Nashville, Tenn. To contact her: jkochod@gmail.com