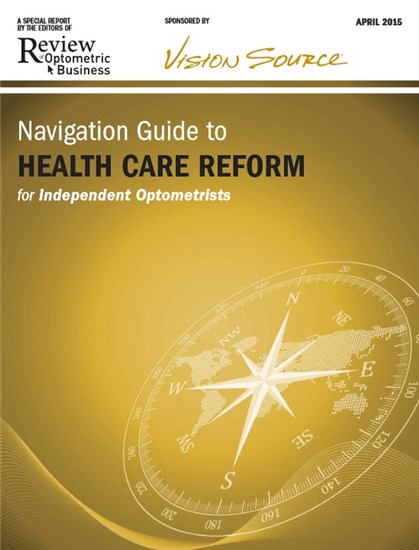 In 2014, The Centers for Disease Control estimated that 29.1 million Americans had diabetes, including 21 million diagnosed cases and 8.1 million undiagnosed people. Overall incidence in the population was 9.3 percent, with incidence rates much higher among older people and African Americans, Hispanics and Native Americans. The number of diabetics is increasing rapidly as the population ages and with the growing prevalence of obesity.

Recognizing the high rate of diabetes among people 65 and older and the high cost of caring for patients with vision loss, Medicare Part B covers a yearly eye exam for its beneficiaries with diabetes, paying 20 percent of the Medicare approved amount after the yearly Part B deductible has been met.

Many health insurance plans also will cover retinal exams for diabetics of all ages, providing coverage of an annual exam for diabetics with retinopathy and every other year for diabetics without retinopathy. In providing this coverage, the insurers satisfy one of 81 HEDIS measures (Healthcare Effectiveness Data and Information Set), which are widely used to monitor the quality of health care within the managed care industry. Medicare requires that companies offering Medicare Advantage plans report HEDIS scores annually.

Optometrists are well positioned to perform the eye exams needed by diabetics. A recent UnitedHealthcare study, “Impact of Eye Exams in Identifying Chronic Conditions,” revealed that diabetes was diagnosed as the result of an eye exam in 15 percent of the cases studies in 2011- 2012. ODs perform comprehensive eye exams on millions of diabetic patients every year. In a typical optometric practice with 5,000 active patients, there are likely to be 450-500 diabetics.

Establish a pre-appointed recall system for diabetic patients. The goal is to achieve 100 percent compliance with the annual exam standard for diabetics. To achieve this goal will require pre-appointment and a rigorous system of follow-up reminders.

Educate diabetics about their insurance or Medicare benefits related to eyecare. This will increase compliance with exam schedules.

Educate diabetics about lifestyle and diet changes that will help control the disease. Diabetics fear vision loss and may be open to changes in habits to reduce the likelihood of blindness. Patient education of diabetics enhances an OD’s role as a member of a coordinated health care team, which includes sending the patient for consults with general practitioners and dietitians.

Refer previously undiagnosed diabetics to primary care physicians. For each insurer, identify and contact credentialed or participating providers to create a referral relationship.