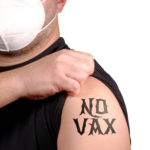 A survey by the University of Michigan has unveiled the thinking behind vaccine hesitancy among healthcare workers, according to a report by Anna Gustafson in Crain’s Detroit Business. That thinking could be shared by some of your employees.

Of the 11,387 people who responded, the overwhelming majority were in favor of getting the vaccine: just under 80 percent of the respondents said they had gotten a vaccine or were scheduled to receive one and 4.8 percent said they wanted to get it as soon as possible.

But there were still hundreds of health care workers who were vaccine hesitant — 954 individuals, or 8.4 percent of respondents, reported they would not be getting the vaccine for now. And 369 people, or 3.2 percent of survey participants, said they would “not ever” receive it.

While it was a small percentage of respondents who said they would not get the vaccine, that still could have widespread and dangerous ramifications, Michelle Moniz, an assistant professor in obstetrics and gynecology at the University of Michigan, who was part of the team behind the survey, said.

“When a healthcare worker declines a COVID-19 vaccine, it affects the herd immunity of the health care workforce and potentially the safety of patients and communities that workforce serves,” Moniz told Gustafson. “And healthcare workers are a trusted a voice that influences others, so vaccine hesitancy in this group could undermine efforts to widely vaccinate populations and achieve herd immunity.

“We felt like if we understood this better, we could create more effective vaccine messaging and policies that enhance vaccine coverage,” Moniz added.

2 New Reports on How ECPs Are Using Technology

The reasons behind the healthcare workers’ vaccine hesitancy were varied, with the most common reasons cited being how quickly the vaccine was developed, insufficient safety and effectiveness data, a disbelief that the vaccine would protect them from COVID-19 infection, and concerns about serious side effects. Nurses were much more likely than physicians, nurse practitioners, nurse midwives, and physician assistants to be vaccine hesitant. Physicians were almost uniformly in favor of the vaccine. Other staff who don’t provide clinical care, such as food service workers and security personnel, had higher rates of vaccine hesitancy, Gustafon reports.

Respondents who had previously been infected with COVID-19 were more likely to be vaccine hesitant, as were women and Black employees, Gustafson writes: “Dr. Abram Wagner, a member of the team that sent out the survey and a U of M research assistant professor of epidemiology who studies vaccine hesitancy, previously noted that systemic racism in healthcare can cause deeply rooted mistrust of the healthcare landscape and can deter people of color from pursuing the vaccine.”

In total, about 29 percent of the study’s respondents reported at least one concern with the COVID-19 vaccine — including about 21 percent of those who had gotten the vaccine or were planning on getting it.