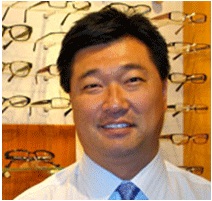 Buying a second location that is established and flourishing can help to finance a primary office that is getting up to speed.

When I opened my Columbus, Ohio, practice cold in 1992, I did not have many patients to begin with. Needing a way to finance my new practice, I jumped at the opportunity to purchase an eight-year-old practice for sale about 40 miles from Columbus, in the town of Chillicothe. This was an already-established practice that the previous optician owner wanted to sell. The owner was trying to phase out her work so the practice only kept part-time hours when I purchased it. I was able to devote only two days a week to this second practice, so I was able to reap increased revenues from my work there–seeing 14 to 20 patients per day–without losing too much time from my primary practice in Columbus. I was able to pump financial investment into my new start-up office without working part-time in retail or going severely into debt, which was an invaluable resource as start-up offices often will lose money for at least the first couple of years.

Investing in an already-established second practice gives you financial support to build up a new practice. And once your new practice is healthy, you have two streams of income.

The owner of the practice self-financed the sale, so I paid her back on a monthly basis instead of paying back the bank. She charged me between 7 to 8 percent interest, and I was able to pay her back within five years. Nearly twenty years later, I continue to operate both practices with the Columbus office now generating 2.5 times the revenue of the Chillicothe office.

I formed separate LLC companies under different tax ID numbers. The two offices are registered differently for tax and ownership purposes with the state and federal governments because I have a partner in the Columbus office who is not involved at all in the working of the Chillicothe office. The two offices also are very different with distinct patient bases and fee structures, so it made sense from that perspective, as well, not to co-mingle income and expenses.

Keeping the brands of the two offices distinct is important as the demographics of the patients who visit these two offices are far apart. Patients who visit the 3,700 square foot Columbus office tend to be younger suburban-based middle- and upper-middle class people working in professional or “office” jobs. Whereas patients visiting the 2,000 square foot Chillicothe office often are older tradespeople, as Chillicothe is a factory town with a large paper mill, large truck manufacturing operation and a lot of farming. I keep entirely separate staffs for the two locations. Having separate dispensary staffs is especially important as frames merchandise at each location is designed to cater specifically to the needs of the patients who visit each office. The two offices also have their own web sites. In addition, there are key differences in the eye health needs of these two groups of patients. Whereas patients at the Columbus office are often there for contact lenses fittings or standard annual examinations, the Chillicothe office sees more eye disease such as diabetic retinopathy and cataracts.
In addition to enabling me to build my primary practice, continuing to work at the Chillicothe satellite office is personally fulfilling, giving me the satisfaction of serving two different communities and patient bases.

Keep Mind Open When Buying
Keep your ears open to practice opportunities even if they are not close to your current location. Doctors often want to absorb other practices or combine their practice with another close by, but those situations don’t always come up easily. Sometimes it is easier to find available practices that are further away.

As long as you can stand the commute (it takes me an hour to get to the Chillicothe office), having a secondary location at a distance from your primary location, and with a distinct patient base, gives you the opportunity to expand the reach of your practice and develop a supporting stream of revenue.

Buying Into an Independent Practice

Yoongie Min, OD, is the owner of Northwest Vision Center, with locations in Columbus, Ohio and Chillicothe, Ohio. To contact him: yminod@rrohio.com.