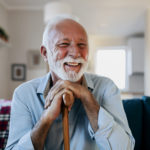 New legislation aimed at expanding dental and vision benefits for Medicare recipients may be passed later this year, according to a report by Ricardo Alonso-Zaldivar from the Associated Press.

Medicare does not currently cover dental cleanings or root canals, hearing aids–or everyday eyeglasses and contact lenses. Now Democrats are trying to make those benefits a standard part of Medicare.

“Sen. Bernie Sanders, I-Vt., and other progressives are leading the push for dental, vision and hearing coverage. Their goal is to provide a comprehensive benefit available to as many Medicare recipients as possible without delays such as an extended phase-in period,” Alonso-Zaldivar writes. “But adding more benefits to Medicare is expensive, and the idea will have to compete with other priorities on Democrats’ health care wish list. Republicans are expected to unite in opposition to the far-reaching Biden agenda legislation into which Medicare benefits would get spliced. Democrats would have to pass the bill under special budget rules allowing a simple majority to clear the Senate.”

It’s hard to know at this point how much such legislation would cost, but writes Alonso-Zaldivar, “a 2019 bill from House Speaker Nancy Pelosi, D-Calif., carried a price tag of almost $360 billion over 10 years.”

“The coverage expansion was part of broader legislation that would have empowered Medicare to negotiate prescription drug prices. Some of the savings from drug costs would have been plowed back into the program,” he writes. “Pelosi’s bill passed the House, but went nowhere in the Senate. Democrats are still using its approach as a template.”