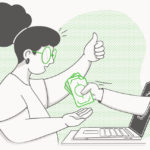 Anagram, which offers a suite of tools for independent eyecare providers, announced that it will open Anagram Prosper to in-network eyecare professionals. Prosper is a provider-driven instant rebate program that delivers rebates directly to patients’ devices on independent eyewear purchases. Anagram says it is making Prosper available to in-network providers to provide those ECPs expanded choice for their patients.

Anagram is well-known for its out-of-network billing software for eligibility verification and claim submission (now called Anagram Access). The company describes itself as having a “long history of working with independent ECPs to help them thrive without the constraints of outside forces such as vision plans.”

In-network providers can use Prosper with cash-pay patients or to help in-network patients afford additional, quality eyewear from independent vendors. ECPs do not need to be Access users to send rebates with Prosper.

Could Cataract Surgery Lower Your Patients’ Risk of Developing Dementia?

How Does Your Income Compare to What Other ODs Are Making?

By opening its rebate platform to in-network providers, Anagram says it hopes to provide all ECPs with the tools they need to break third-party growth constraints.

“Anagram changed the game once already. Now we’re changing it again with Prosper,” Steve Alexander, head of marketing and partnerships at Anagram, says. “Practices need a way to set themselves apart in this hyper competitive marketplace. Prosper is the differentiator they’ve been looking for. Through our vendor partners, practices can deliver instant cash back to their patients while reclaiming control over their standard of care. It’s a win-win-win.”