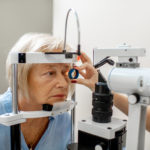 Signed Jan. 1 by Gov. Charlie Baker, the comprehensive legislation ostensibly aimed at requiring insurance companies to cover telehealth visits in the same way as in-person visits, also contained a laundry list of health reforms to promote affordable care and patient access for Bay State residents, including an expansion of the state’s optometric scope of practice act for glaucoma treatments.

Historically, Massachusetts’ prescriptive scope law made it the only state in the nation to deny doctors’ of optometry authority for glaucoma treatments as organized medical groups routinely imposed barriers to patients receiving contemporary optometric care, the AOA points out.

“This is a significant and important step forward for doctors of optometry and their patients in the state of Massachusetts, and a step that has been over 14 years in the making,” says Wayne Zahka, OD, executive director of the Massachusetts Society of Optometrists (MSO). “We share our gratitude to all the people who worked on our scope legislation over the years—these wins cannot be achieved alone. Every doctor of optometry should support the AOA and their state affiliates as these are the only organizations helping to accomplish this kind of work, helping position doctors to deliver the care our patients deserve.”

IDOC’s Record Business Expansion: How Much Did Membership Grow in 2020?

Specifically, the legislation permits doctors’ use and prescription of topical and oral therapeutical agents, including those in schedules III, IV, V and VI, for diagnosing, preventing, treating or managing glaucoma, as well as the prescription of all necessary eye medications, including oral anti-infectives. The legislation becomes law 90 days after the governor’s signature, and in the meantime, the state board will promulgate rules and the MSO will provide doctors additional information on certification going forward.

The legislation, reportedly accelerated by the COVID-19 public health emergency, is an amalgamation of administration health-care reforms and priorities first identified in 2019. That original framework included direction to improve and align optometry’s scope of practice standards with other states, allowing optometry to treat glaucoma and other conditions and prescribe certain medications. But well prior to 2019, optometry’s advocates in Massachusetts worked diligently not only to keep scope expansion on the docket, but also to change public perception.

“There has been great work over the years by many MSO members to develop strong support for optometry,” says Matthew Forgues, OD, MSO immediate past president. “Our scope bill ultimately passed in a much larger health-reform bill, but it was the groundwork and plan implemented by Dr. Zahka and our legislative committee over the past four years that made it happen.”