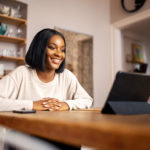 New survey findings from Kaspersky show that while telemedicine is gaining traction among patients, many still have security concerns that their private information may be breached in the process of communicating with their doctor virtually.

“Telehealth take-up: the risks and opportunities” reveals that 91 percent of global healthcare providers have implemented telemedicine capabilities, and the majority of them only started to use telemedicine after the pandemic began.

However, 52 percent of global frontline remote telemedicine providers have experienced cases where patients have refused to have a video call with medical staff due to not trusting the technology or data concerns.

Patients’ security concerns may be warranted, as 32 percent of healthcare provider respondents to the survey agreed that their organization has faced cybersecurity issues due to vulnerabilities in third-party technologies (33 percent experienced data leaks, 32 percent DDoS attacks and 32 percent ransomware attacks).

Three-in-ten (34 percent) remote telemedicine providers agree that one or more clinicians in their organization have  made a wrong diagnosis because of poor video or photo quality.

Half (54 percent) of telemedicine providers agree that some of their  clinicians conduct remote appointments using apps that are not specifically designed for remote medical sessions with patients.  These included FaceTime, Facebook Messenger, WhatsApp and Zoom.

Thirty percent of telemedicine providers agreed that some of their clinicians have had their patients’ data compromised when conducting remote telemedicine sessions.