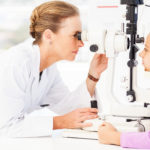 The second annual Versant Health Vision Wellness Study looked at people’s perceptions of eyecare during a landmark year for the healthcare industry, including the value of eyecare services, interest in telemedicine and concerns about eyecare costs, according to reporting by Vision Monday.

Even in a year dominated by a pandemic, the study found that eyecare services endured. “And for good reason,” the introduction to the new report noted. “Physicians have cautioned their patients against delaying care during the pandemic, noting that minor health issues could become more serious if not properly evaluated and treated. Eyecare is no exception.”

Indeed, the study found that more respondents reported they had received an eye exam in the past two years compared to the inaugural vision wellness study released in 2020.

In addition, in response to the pandemic, interest in ocular telemedicine increased, and “it is predicted to positively impact the future of eyecare access,” with 67 percent of respondents saying that virtual visits would make them more likely to make an eye doctor appointment, Versant Health noted. Ocular telemedicine could also alleviate barriers to receiving eyecare services, including cost and lack of transportation.

“Overall, respondents recognize that seeing their eye doctor is a key part of preventative care,” the report stated, with the most valuable services provided by eyecare professionals including identifying eye diseases and other types of chronic health conditions.

New Resources on Integrating Point-of-Care Testing Into Your Practice

What Does Warby Parker’s Public Offering Filing Tell Us About Its Sales?

The study found a majority of respondents are confident in eyecare professionals’ ability to identify chronic health conditions during routine eye exams, pointing to the important role that vision care plays in overall health. Many respondents report a new interest in telemedicine (virtual eyecare visits). Some, particularly young respondents, say that telemedicine would make them more likely to make an appointment with an eyecare professional, highlighting a desire for easier access to eyecare on their own terms.

Telemedicine could also solve for a barrier to eyecare access that was cited more often by health plan executives—the lack of or cost of transportation.