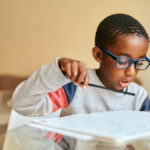 The Essilor Vision Foundation (EVF) has released its 2019 Impact Report, highlighting the difference the eyecare provider community has made to communities in need of eye health and vision services, and the work that remains to be done.

According to the report, EVF has provided “the gift of eyesight” to over 1 .5 million people during the last decade. In addition, EVF has provided more than 1,500,000 pairs of glasses to those in need. “While we are proud of the work we’ve done, there is still so much to accomplish,” the report notes.

There is still much work to be done in providing access to eyecare for children. Some one-in-four children have a vision problem that affects their ability to learn, according to the report, while 67 percent of students don’t see a doctor after failing a vision screening at school. Up to 85 percent of students in disadvantaged areas have vision problems that are undetected or untreated.

Survey Findings: How Likely are Consumers to Return to Physical Eyewear Retail Stores?

Ensuring all children have access to adequate eyecare is essential given that 80 percent of childhood learning happens through a child’s eyes, the report points out.