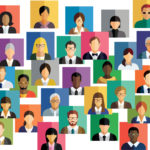 Optometry will continue to grow in the U.S., findings of a recent study presented at Academy at Home 2020 reveal. The 2017 National Optometry Workforce Survey was fielded to 4,050 optometrists to assess the current and future supply of doctors of optometry, according to reporting by Review of Optometry.

The results were presented during an Academy press conference by David Heath, OD, EdM, president of the SUNY College of Optometry. “Planning for the delivery of eyecare on all levels depends upon an accurate and detailed knowledge of the optometric workforce in an understanding of demographic and behavioral trends to better meet the future needs of the public,” Dr. Heath said at the beginning of his presentation.

“Optometry over the decades has seen a tremendous shift in gender balance. Indeed, the data suggests that 2021 is the year in which there will be more female optometrists practicing than male. While the profession is also becoming more ethnically diverse, there is a distinct lack of diversity in terms of traditionally under-represented minorities (Black/Hispanic). There may be some small increases in the number students of color entering into our schools and colleges of optometry, but optometry continues to lag other health professions. Addressing this disparity is important if the profession is to effectively serve all patients and all communities,” said Dr. Heath. 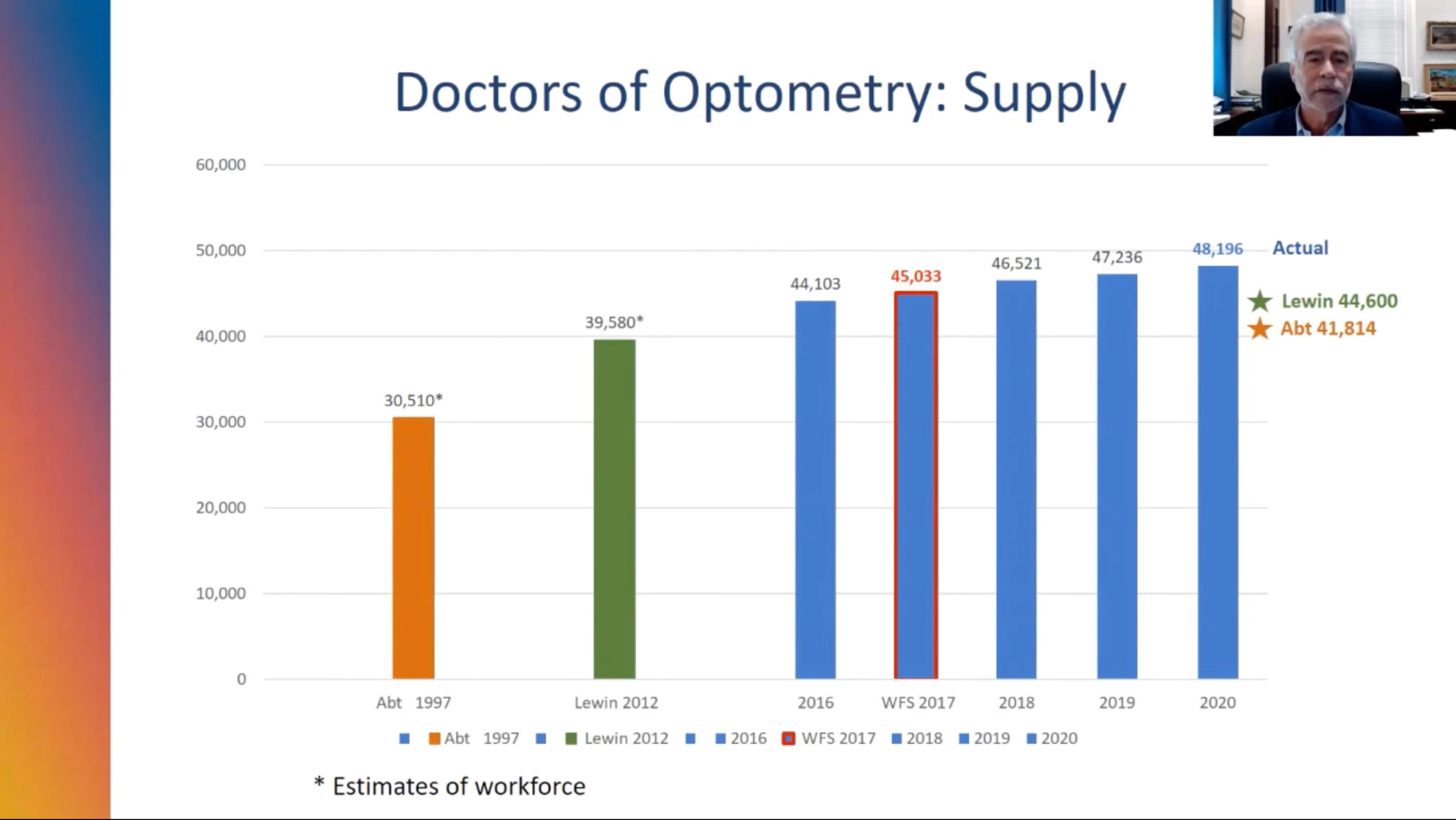 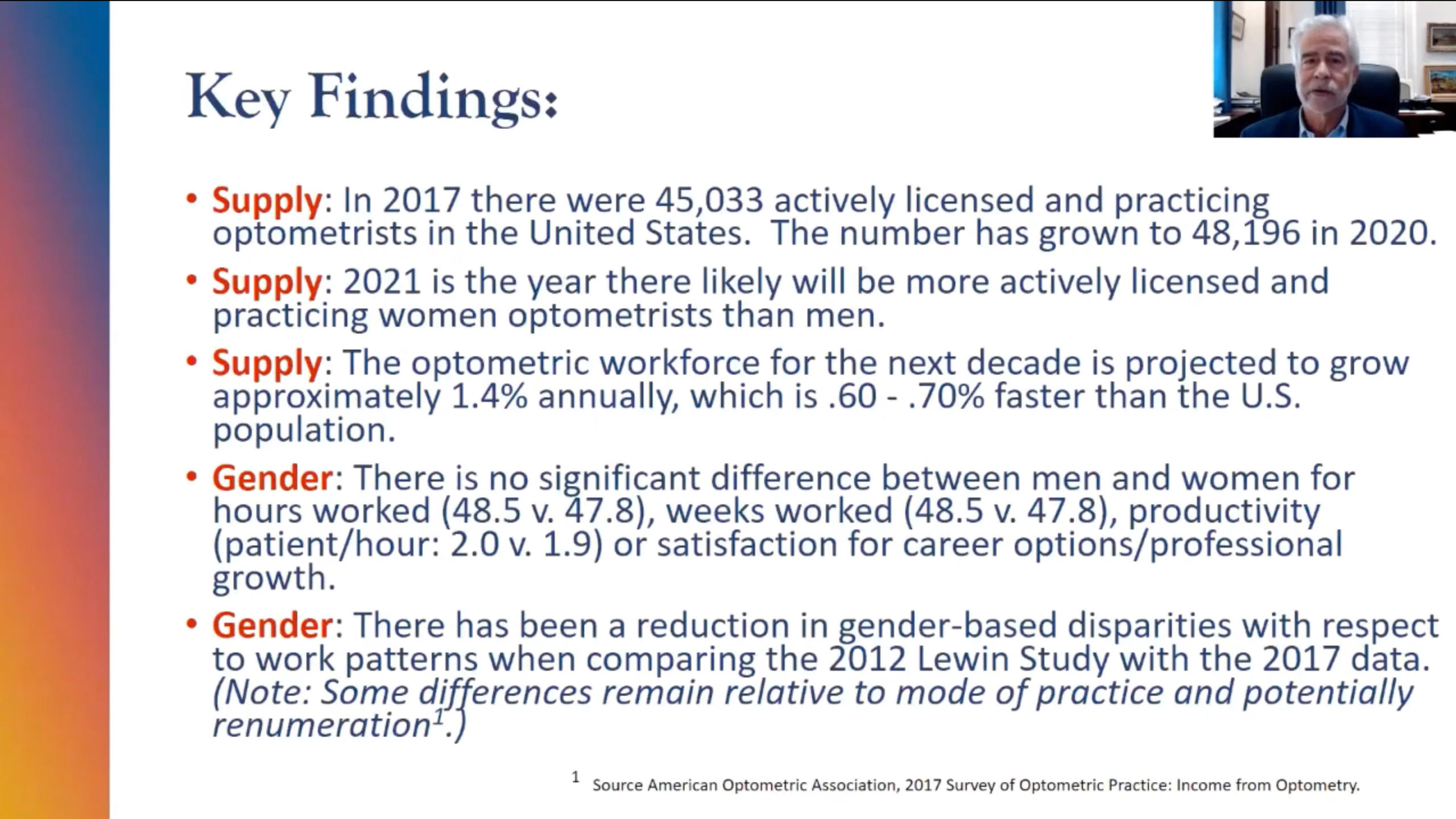 During Academy at Home 2020, Dr. Health discussed the results of the 2017 National Optometry Workforce Survey.

From 1,158 responses, the study noted no significant differences between men and women in hours (38.9 vs. 37.5, respectively), productivity (2.0 vs 1.9 patient visits/hour) or career options/professional growth satisfaction (65 percent for both groups). “We’re very close to parity, and we’re expecting the inversion, with more female than male practicing optometrists in the not-so-distant future,” Dr. Heath noted. “By 2021, there will likely be more actively licensed practicing women optometrists than men.”

Natural Ophthalmics Returns: The Company Has Relaunched & is Ready for Orders

The trends toward employed vs. self-employed was marked with 44 percent reporting as employed, up from 29 percent in 2012. In 2017, there were 45,033 actively licensed and practicing optometrists in the U.S.; it has grown to 48,196 in 2020. Regarding “additional patient” capacity, the data indicated a potential 2.29 to 2.57 patients/week, which could mean 5.05 million to 5.65 million additional patients annually for the profession.

The study concluded that the optometric workforce for the next decade is projected to grow about 1.4 percent annually, 0.6 percent-0.7 percent faster than the U.S. population.