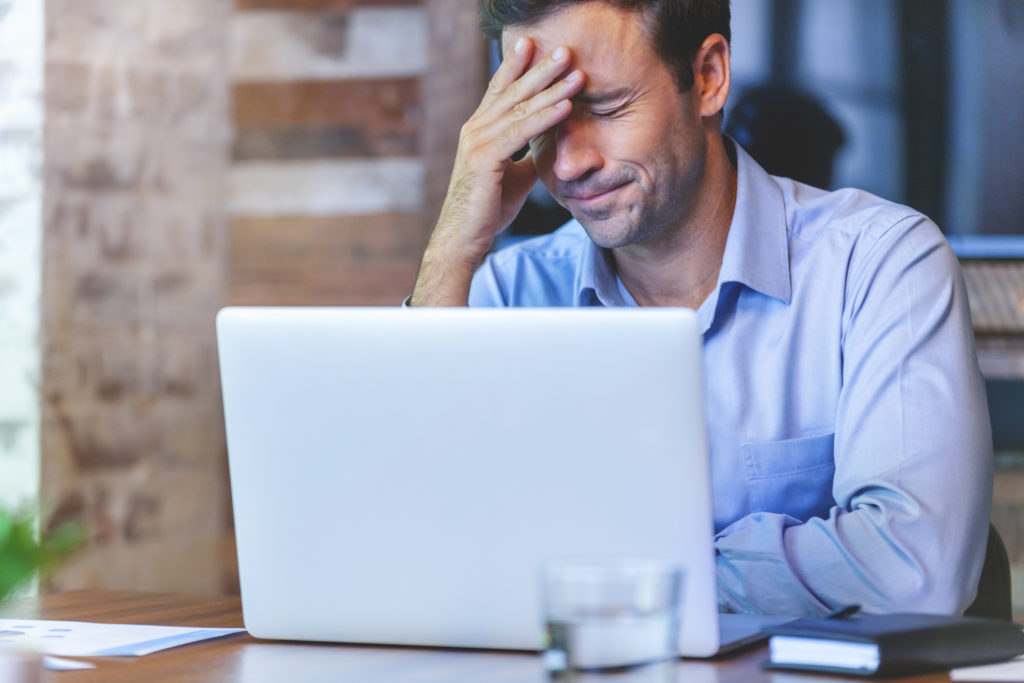 We all make mistakes. When you’re part of the management of a small business like an independent practice, those mistakes can make a big dent in the patient experience and profitability. Here are a few missteps I made and how I turned those errors around.

Too Many Changes Too Fast Without Careful Planning
When I first started at my current practice, I was coming into a group of 10 doctors with six locations. I had grand ideas of what the specialty contact lens service could be and how to make it happen. Unfortunately, I tried making it happen all at once. I attempted to overhaul fees, products, fitting protocol and staff training from day one. Needless to say, there were some obstacles.

Thinking back on this decision, it (like many other mistakes) came from a good place, but we know where many of the roads that are paved with good intentions end up. My lack of experience on the management side of practice blinded me from seeing how much of an impact the changes might make, even if they were for the better. Additionally, assumptions about the skills and understanding of those around me also made the change difficult.

What did you learn from this mistake?
Prioritizing changes is a must-do. Taking advantage of the low-hanging fruit (moderate impact with little investment of time or other resources) first helps build momentum for the bigger projects down the road. I also learned that tracking outcomes and making the changes long lasting are almost harder than making the changes in the first place. That’s another reason taking it one step at a time is important. By trying to fix many things all at once, some of the fixes are quickly forgotten and thrown away.

How did you fix your mistake?
We began focusing on a single issue at a time, such as changes surrounding how different contact-lens orders were documented in our system. We couldn’t move on until every staff member involved in ordering lenses (approximately 10) had a full understanding of what they were doing and why.

Reward reaped for correcting this mistake
By taking training steps forward in a more organized way, we got less push back from staff. They were no longer bombarded with a collection of new protocols and procedures that they had to fight to keep straight. They gained confidence from mastering and understanding one change and applied it to the next opportunity. We had many fewer instances of staff defaulting back to doing things “the old way” after slowing down in implementing change.

Cost (if any) in dollars and time to make this correction
It’s hard to put a dollar amount on this mistake and the reward for correcting it, but the order-entry problem described above, which had dragged on for over a year, was fixed within two weeks when the other “new policies” were put on hold.

Overwhelming Patient Load
I was fortunate to come into a practice that was well established and had patients lining up at the door. While initially schedules were easy to manage, and there was ample time to learn the administrative tasks, the patient load quickly became overwhelming.

Getting to Yes with Ortho-K: Overcoming Patient Hesitations & Misconceptions

3 Common Practice Mistakes & How to Fix Them

I didn’t raise my concerns with the management staff. Within three months of starting, I was seeing up to 45 patients a day. And the number of young, healthy and mobile (you can’t believe how important this is when you see 3-5 people over 90 years old per day) patients was few and far between. Often I worked through lunch, felt like I was rushing patients out the door and went home exhausted.

I wanted to establish myself as a competent and confident young OD. I looked at other doctors in the practice who saw the same or more patients in a day and wanted to prove I could do it, too. But they had significantly more experience, twice the number of support staff (two scribes and four techs compared to my three techs), and often had a larger portion of relatively healthy patients.

What did you learn from this mistake?
Knowing your limits is critical for job satisfaction and care quality. What’s the point of seeing those extra eight patients if you feel too mentally exhausted to do anything at the end of the day? Comparing myself to others’ performance only hurt my own.

How did you fix your mistake?
After sitting down with practice administrators, we decided on a more manageable patient load. Now, instead of smiling in silent agony as one of my patients begins a personal anecdote during an exam, I can truly listen and build rapport through the interaction.

Reward reaped for correcting this mistake
Looking forward to going to the office as opposed to dreading it. Treating the staff respectfully and building camaraderie as opposed to criticizing each little mistake. Enjoying the other aspects of life as opposed to simply prepping for the next work day.

Cost (if any) in dollars and time to make this correction
Ten to 15 percent of gross revenue. However, time and money saved on training from staff and doctor burnout and eventual turnover is a significant counterbalance to that loss of  revenue.

Revenue per patient stayed about the same for me, and by decreasing patient load, less administrative time was spent handling complaints from frustrated patients. We also didn’t have to lower our standards for new hires. We no longer had to hire only those willing to handle such a high patient volume.

Not Having Sufficient Staff & Resources for Project
About a year after I started, we were presented with an opportunity for our specialty contact lens clinic to participate in a small clinical trial involving a new contact-lens material. I discussed the opportunity with the other doctors and management team and got the go-ahead from everyone. Unfortunately, after agreeing to their terms, I realized we did not have the staff or resources to support the project. We had to back out before the study got underway.

I jumped at an opportunity to bring attention and additional revenue to our specialty lens clinic, but didn’t take the time to drill into the details of the plan. Superficially, the project seemed simple and straightforward. In reality, it was a disaster waiting to happen. At the time, we were having trouble simply staffing our normal clinics, let alone accommodating additional hours to see study participants.

What did you learn from this mistake?
We can’t say yes to everything. It is a cliche, but true. Regardless of the person you don’t want to disappoint by saying no, they will be even more disappointed if you fail to deliver on your promise. And we most certainly would have failed.

How did you fix your mistake?
We deny any requests we aren’t certain we can handle. As interesting or exciting as a project might be, if the workload is too great, we have to decline.

Reward reaped for correcting this mistake
Fortunately, because we were able to identify issues early enough in the process on the initial project, we were able to maintain a good relationship with the study group as opposed to failing after a large amount of time and money had been invested.

Cost (if any) in dollars and time to make this correction
$40,000 in additional revenue that would have been generated if we had been able to participate in the study.

Steven Turpin, OD, MS, practices at Cascadia Eye, an ophthalmology-based practice with multiple locations in the Seattle, Wash.,area. He is a graduate of Pacific University College of Optometry, where is also served a residency in cornea and contact lenses. To contact him: stevent@ncascade.com