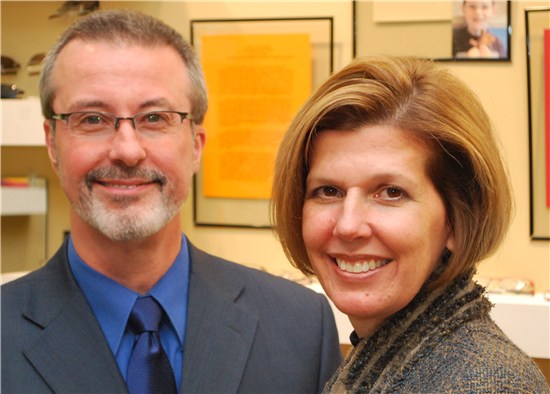 Women in optometry may still have a way to go to be equal in earnings to their male counterparts, Jobson Optical Research’s 2015 ECP Compensation Study report suggests. Women OD practice owners earned an average $137,091 in 2014 compared to the $147,322 average income of male OD practice owners.

We firmly believe there should be no discrimination in potential pay rate between equally qualified men and women optometrists for doing the same job.

We also believe that gender gap studies are very misleading when they do not state all the important information needed to compare apples to apples. Consider the following example:

Question: In the above example is there really a gender gap? Was the male optometrist paid at a different rate than the female optometrist? Or were they paid at the same rate, and one chose to work more hours than the other? As you can see, to simply state there is a gender gap because the male made more money can be misleading.

Are there other reasons than discrimination that two people might be paid different rates? Let’s explore that thought by adding another layer to the discussion. What if the employer is willing to pay two employee optometrists the same rate, however, one person just happens to be a poorer negotiator than the other? The result will probably be that the two optometrists end up with different pay rates. The reason for the different pay rates is not gender discrimination, but, rather, negotiating skill set differences.

Employee OD #1 takes the employer’s first offer of $137,091 per year with no counter offer. Employee OD #2, makes a counter offer and receives another $10,231 per year for a total of $147,322 for the year. The reality of the situation was the employer was willing to give an additional $11,000 to both of the optometrists if they asked for it, but OD #1 didn’t ask for it, and OD #2 only asked for $10,231. Even though both employee ODs left money on the table, the real question is: Is the employer driving the pay gap, or should employees take responsibility and become better negotiators–or hire it out if it is something they do not want to do?

Now what about owner ODs? Is there a gender gap for practice owner earnings? The MBA data suggests that smaller practices have smaller owner incomes than larger practices. Another point from the MBA data is that younger practices have smaller incomes for the owners than more established practices. Still another MBA point is that length of time in practice impacts income for the practice owners. Do any of these factors come into play in Jobson Optical Research’s 2015 ECP Compensation Study report?

Take away point #2: If you are a practice owner (male or female): Get (or buy) a better skill set for managing your practice to improve your practice net. Every practice we’ve ever evaluated can be improved in this area. Make this the week you get control over your practice, and improve your bottom line.