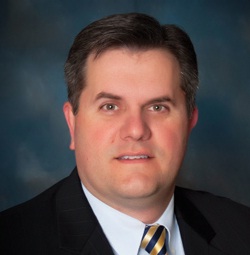 Participation in optometric organizations provides guideposts for practice improvement along with invaluable networking with other optometrists.

Optometric associations and organizations require little time commitment, depending on your level of involvement, and offer a chance to learn what has worked for your peers. In addition to learning about profitable opportunities such as practice improvements, optometric groups can help an OD meet other doctors who can become future associates or partners. Here is how I have optimized participation in these organizations throughout my career.

Southern College of Optometry
Class of 1999

Louisiana Trustee to the Board of SECO International, LLC

In July 1999, I went into practice with an ophthalmologist who had recently bought an optometric office in my hometown of Cut Off, La. I also became the zone chair of the Optometry Association of Louisiana for the area. This began my first interaction with local optometrists, most of whom were willing to help me due to their relationship with the ophthalmologist with whom I worked. Many in the area referred to him and had a good co-management relationship with him. This helped me to find my niche in my small town practice. I continued to grow a small practice into a four-day-a-week practice with full family eyecare, from eyeglasses and contact lenses to medical model optometry. This eventually led me to buy the practice from the ophthalmologist four years later after building a large office and staff.

As I was growing the practice and encountering new challenges, my years on the SECO Board started. This involvement with the SECO Board of Trustees brought me to new levels just by being around some of the greatest minds in our profession. Learning new practice management techniques, sharing staffing issues, and just understanding how to keep the practice running while being a volunteer for our profession, allowed me to bring out the best in my practice. One specific example came in 2011, when I hired an associate for my office. The experiences of others on the SECO Board and many in our volunteer structure with the knowledge of the associate process made it much easier to transition to another doctor in our practice. From contracting to salary/bonus structure, the information shared with me by my SECO friends was invaluable.

Cost is Time Out of Office; Greater Cost the Higher the Position

The only cost involved is the time out of the office, which can become a large cost as involvement becomes greater. As an OAL officer, I was out of the office a few days, which did not cost much. I didn’t need an associate to cover any of those days. As I have progressed up the ranks of SECO, many more days out of the office started adding up. Seeing that more days out were coming and feeling my office was ready to move to the next level, I decided to hire an associate in 2011 which added to my overhead costs, but the addition of this associate has brought more doctor/patient time and greater benefit to the office and our patients.

As the president of SECO, I will be out of the office about 60 days by the end of this year. If my average gross per work day is about $2,000, I guess that would mean it will cost me about $120,000 this year, but having an associate helps out with that lost revenue. If things continue to go like they have the first five months, I should break even this year on the addition of an associate, and look forward to the first profits from this investment next year.

Being involved at the local and state level can be less time consuming than being involved in regional organizations like SECO. It also depends on how much the OD wants to put into it. There are many committees to be involved in at local and regional levels that only require five-to-10 days per year, whereas, being a leader in those organizations can take many days a year.

Being on the OAL Board and becoming president, I had news briefs mentioning me published in the local paper. I also got to meet many of my local leaders and business people as I helped to lobby for optometry as a state leader. In SECO, my efforts afforded me the award of Young Optometrist of the South, which was publicly announced in many local papers and the optometric professional press. Also, becoming an officer, and eventually president, was released to my local papers. Many patients have come to the office because of these local news items.

My first mentor was Mark Roy, Jr, OD. He was the Gulf Zone Chair for OAL right before me. He mentored me in what was expected as a zone chair and also in the importance of giving back to our profession. He also mentored me in setting up my office and how to give the best to my patients. James Sandefur, OD, optometrist and executive director of OAL, was also a great mentor. His leadership in our profession gave me a model to follow as I became OAL president and then joined the SECO board.

My experience in the SECO leadership structure offers great opportunities for mentorship. The Board of Trustees and Executive Committee consist of leaders in our profession with so much knowledge that is eagerly shared among all.

I have found that other ODs in both OAL and SECO have been more than happy to share ideas that have made them successful. That is what I love about our profession and the family of organization volunteers. Many have hugely successful practices and are willing to help. From my first year out of school to just this past month, I have been able to borrow ideas from my peers to better my practice. Many of these ideas I have added to and shared with other ODs. One example is the addition of the OCT to my office last year. As a result of ideas from other practices, my associate and I designed a patient form that explains the benefits of an OCT test and the possible cost. This has added to the overall best patient experience and added to the bottom line of my practice. I have passed this form along to others to implement in their practice.

As I pass information along that has improved my practice, I always get much more information in return to continue to improve. I am certain my involvement in these organizations has greatly improved many optometric practices, including my own. The most important skills I believe I have learned are those of being a leader. After serving on boards with very exceptional ODs, I have learned what it means to be a leader for our profession. It has helped me gain the confidence to get up and speak publicly to both large and small groups. It has helped me to be a leader in my practice. I have learned many techniques of working with others that help in my dealings with staff and patients.

Get Tipped Off About Vendors

Learning which vendor to work with as a new OD is vital. If I had not had the mentor relationship from my state association, I don’t think I could have gotten off the ground as quickly with vendors, especially in a small town on the bayous of Louisiana. Many vendors would not even drive all the way out to my small town, but being involved helped me to become known among the vendors and to get the help I needed. Not just new ODs gain help with vendors through optometric organizations, but growing practices with a need for new instrumentation and services gain as well. I have never taken on a new instrument without first talking to many friends in both OAL and SECO. As recently as last month, I was looking into a new edger for my lab and got help finding a vendor from one of my SECO friends who put the same edger into his office last year. An OD on his/her own could do a lot of research into products or vendors for their office, but there is nothing like first-hand knowledge and experience to help with those important decisions.

Don’t be afraid to try something new that you learn from other practices through organization participation. I implemented many effective ideas in my small town practice that practices much larger than my own succeeded with first.

Find your passion for our profession as early as you can. I have been passionate about the politics of optometry since my days at SCO. I have been lucky enough to work in OAL to help move our profession forward through the political process. My next passion is SECO. The work of all the family of volunteers of SECO to produce the best education in our profession is that passion. I have again been really lucky to be a part of that family.

Lastly, make a goal for your involvement in organizations just like you would make goals for your practice. As soon as I was a member of the OAL Board, I made a goal to be the president, and that happened in 2005-2006. The same with SECO–as soon as I was the Louisiana trustee to the SECO Board of Trustees, I knew I eventually wanted to be the president. That goal was realized this year as I became SECO President on March 1, 2013.

The Power of Peer-to-Peer Learning

Darby Chiasson, OD, is owner of Advanced Eye Institute in Cut Off, La. To contact him: doctordarby@yahoo.com