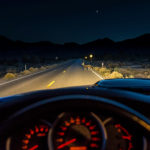 “It was several years ago, but I remember it like it was yesterday,” says optometry lecturer Jeffry Gerson, OD. “I was having a conversation with the inventor of the AdaptDx, and he was sharing stories about the science of dark adaptometry.” If you sat through one of these lectures in optometry school during the days when these dinosaurs collected dust in the basements of universities, you’re not alone. But for some reason, Dr. Gerson’s eyes didn’t glaze over and he didn’t tune out what Dr. Gregory Jackson had to say about his new device.

In fact, quite the opposite. Shortly after that conversation, Dr. Gerson was taking delivery of a new-to-the-market automated dark adaptometer. He was at the front end of a major shift in the standard of care for AMD, and many of his colleagues quickly began discovering the changes as well. In fact, the benefits of dark adaptation were quickly realized in one practice after another for the past several years, creating a major shift in how optometric care is delivered worldwide.

How AMD Captured Center Stage
“You can’t practice comprehensive medical optometry without taking AMD very seriously,” says Paul Karpecki, OD. “It’s twice as prevalent as glaucoma and diabetic retinopathy combined, yet neither our charts nor our efforts were reflecting that back in 2014, when the AdaptDx first became commercially available.”

“It wasn’t optimal,” adds Pamela Lowe, OD. “Sure, we would look at the back of the eye; but we were flying blind and had no way to really know for sure whether a patient’s drusen was, in fact, early-stage AMD.” Something had to change, she says. Fortunately, it did. Fast forward six years and it’s easy to see that dark adaptation is a practical staple in many optometric practices, with more and more doctors snatching up these units every day—especially now that the device is available as a portable artificial-intelligence-driven headset that makes implementation spectacularly straightforward.

AMD: An Evolving Area of Revenue Growth in Optometric Practice

Tammy Tully, OD, says the turning point for her was when JAMA Ophthalmology released a report indicating that optometrists and ophthalmologists who were looking at the eye the same way she was (with non-contact fundus lenses) were missing AMD 25 percent of the time. “That gave me pause,” she says. “I needed to know if we were missing AMD and how this could be affecting our patients.” It appears many of Dr. Tully’s colleagues wondered the same thing because, according to data collected by Healogix, an independent research firm, 74 percent of surveyed optometrists (n=156) agree that all patients 50 years or older should receive dark adaptation testing now that there is a means of detecting AMD earlier. In fact, even when ODs believe that earlier detection of AMD won’t change their approach, 83 percent say it’s still the right thing to do for monitoring disease progression.

Top Cited Benefits of Dark Adaptation Testing
Very few doctors are still on the fence about dark adaptation. Only 12 percent say they don’t “want to have” it in their practice. Conversely, there are diverse reasons why most say they do. Among all of the potential benefits to performing dark adaptation testing with the AdaptDx Pro, optometrists identify these as some of the most compelling:

“As those of us who already use dark adaptation testing have found, there are lots of great reasons to implement the technology,” says Dr. Gerson. “But the bottom line is that optometry is changing the lives of countless AMD patients, offering hope where there was none and control over a disease that for too long was considered beyond the scope of optometric care.” To that end, it’s no surprise that, among the doctors surveyed who don’t yet own an AdaptDx Pro, 75 percent say they’ll start looking into buying one by 2022.