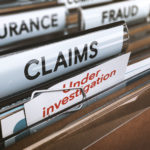 A whistleblower lawsuit triggered the U.S. Attorney’s Office for the Southern District of California and the U.S. Department of Health and Human Services’ Office of Inspector General to conduct an investigation into the billing practices of two ophthalmologists (Mark D Smith, MD, and Fane Robinson, MD) for violations of the False Claims Act (FCA).i They were accused of knowingly submitting false claims to Medicare for care provided by a different physician at their San Diego office who was not properly credentialed to give care to Medicare patients.

Drs. Smith and Robinson paid $948,748 to settle the whistleblower lawsuit originally filed by Dr. Atul Jain, a former partner in the practice. Dr. Jain received $ 170,778.27 of the proceeds from the settlement.

Enacted in 1863, the False Claims Act (FCA), 31 U.S.C. §§ 3729 – 3733 was passed by Congress to address the issue that suppliers of goods to the Union Army during the Civil War were defrauding the Army.ii The law has been amended several times and is still used today in third-party billing cases.

FCA liability is a civil penalty of between $5,500 to $11,000 for each false claim and treble the amount of the government’s damages.

OCT Angiography + Clinical Outcome Registry: How It Can Revolutionize Care of Diabetic Patients

Here are three major lessons we can learn from this lawsuit.
1) The federal government is actively looking over your shoulders making sure your billing is both appropriate and accurate.

3) It’s better for you to find and fix problems rather than waiting for the federal government to find problems or a whistleblower to turn you in.

You can take the lessons learned here and extend them to all third parties for which you are a provider.

Action Plan
Take this week to make sure that your third-party billing is both appropriate and accurate. The way to confirm this is to:
• Randomly pull five records for each third-party for which you are a provider and audit your own records.

• Review your coding and billing systems for appropriateness and accuracy.

• Do not, under any circumstances, “play games” with billing rules.