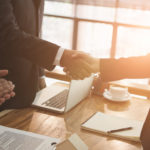 NEW YORK—EssilorLuxottica North America has created a management services organization (MSO) to invest in private practices and practice transitions in the U.S., VMAIL has learned. Referred to internally as “TeamVision,” the MSO assumes non-medical responsibilities of the practice, including product, inventory, staffing and marketing. The model allows doctors to focus on medical services and patient care while choosing their level of involvement, executives at the company told VMAIL, adding that the initiative “empowers independent practitioners to take the next step in their career, while ensuring that the practice they’ve labored to build remains health-based, patient-centric and continues to be known within the community.”

Fabrizio Uguzzoni, president, EssilorLuxottica Wholesale North America, told VMAIL, “TeamVision was started because independent eyecare professionals asked for choice when it comes to practice transition options in the market, specifically looking for a way to move to the next phase of their career while staying true to a mission of health-based patient care. We’ve built an alternative for practice owners who come to us about their needs for practice transitions and the desire to remain involved.”

“We’ve created a like-minded community of doctors focused on continuous innovation in medical services, diagnostic equipment, lenses and frames to ensure the practice has the highest standards in quality eyecare, eyewear and health-based services.” Uguzzoni said. “As a pure player in the industry, we will continue to invest in long-term solutions that perpetuate independent optometry and advance medical care. We recognize the intellectual, emotional and sweat equity that goes into building a successful practice and we know how important it is for us to stay true to that dream.”

Luca Tait, senior vice president, TeamVision at EssilorLuxottica NA, told VMAIL, “TeamVision is the name EssilorLuxottica created for the management services organization (MSO) that assumes many of the non-medical responsibilities of the business, including product, inventory, staffing, and marketing. TeamVision is not a practice-facing or consumer-facing name, meaning the practice brand will remain strong in each community.”

Tait added, “We empower independent practitioners to take the next step in their career while ensuring that the practice they’ve labored to build remains medical-centric and patient-centric—allowing doctors to focus on medical services, not administration.”

Tony Clark, OD, medical and growth advisor for TeamVision is also chief medical officer and chief growth officer for Triangle Visions. Dr. Clark stated, “As a leading innovator in the optometric industry, EssilorLuxottica has been a true partner in helping to advance our practice in medical and health-based care and we believe that their vision of the future of optometry aligns with ours. Triangle Visions has a long and deep partnership with Essilor and their unwavering support for full-scope optometry and private practice played a key role in why we are a part of TeamVision today.

“The philosophy of Triangle Visions has always been to deliver full-scope care. It is important to us that Triangle Visions’ 50-year legacy in the community remains the same and we continue to be known for the most advanced services and products with a deep focus on patient-centric optometry,” he said.

The executives pointed out, “Independent practice owners need choice. EssilorLuxottica is deeply committed to the success of the industry and supports and builds health-based patient care. Through TeamVision, we directly invest in the future of optometry, both by offering practice owners an alternative path which enables them to continue running their clinical practice or, if they are ready for retirement, allows them to exit fully.

Poll: Do You Close for Lunch?

As TeamVision takes on the administrative and operational responsibility of running the practice, they are committed to ensuring an independent doctor will run the medical clinic. TeamVision is committed to working with the practice owner in continuous improvement for the patient experience in their practices as well as preserving the legacy of the practice in the community.”

The executives stated that TeamVision stands for:

CHOICE: Practice owners can fully transition. They can partially exit and focus on the clinical side only. Or, they can play an active role in TeamVision’s growing community and build a stronger group.

COMMITMENT TO DOCTOR: The clinic and medical focused side of the business will always be run by an independent doctor.

EASE OF OPERATIONS: TeamVision will run the administration and operations of the practice so that doctors can focus on clinical care.