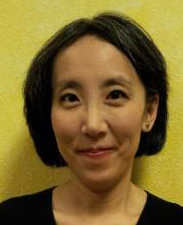 Participating in local and national politics is a way to become more connected to your community, and to help advance the profession of optometry.

On May 21, 2016, the Republican Party of New Mexico elected 21 delegates at its quadrennial convention. These delegates would represent New Mexico for the national convention in Cleveland, Ohio. Less than one month earlier, I had decided that I wanted my name included on the ballot.

While I had been active in my local party, I was an unknown in the state-wide party, so held a significant disadvantage. Some were elected officials and their spouses, while others had made significant contributions to the state party over the years. My personal campaign included over 400 phone calls and 200 handwritten, customized postcards, based on my conversations. I had to communicate a strong platform, with compelling reasons for why I should be elected as a national delegate. I explained that as a small business owner for 19 years, I understood the negative impact of government over-regulation and excessive taxation. I told people that I would be a strong and consistent voice for New Mexico small businesses, as the engines that drive our economy. 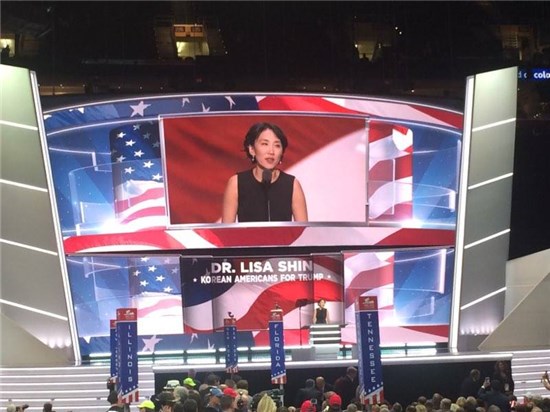 Dr. Shin speaking at the National Republican Convention. Dr. Shin says engagement in local and national politics gives you a broader perspective of the issues affecting patients, and helps to develop your speaking and networking skills.

I also explained how my approach as an optometrist would be the same one I would take in the political arena: “As an optometrist, I am a listener, a problem-solver, an advocate, and a pragmatist…I take great pride in taking care of people and addressing their concerns.”

There were over 150 candidates vying to be one of the 21 delegates chosen. I was just thrilled when the party chairwoman called my name. I was surprised, and, of course, overjoyed. I would be going to the RNC Convention in Cleveland! Here are a few highlights from my week there.

Day 1: To participate in American democracy.

Most of us are too busy running our practices to get involved with politics. However, the challenges that we face are largely influenced by politics. Insurance mandates are just one example. Further, policies determined at the local level, such as traffic and zoning regulations, can have a negative impact on our practices. If we do not voice our concerns, then they will not be heard or addressed.

Recently, the political activitism of the South Carolina Optometric Physicians Association resulted in legislation prohibiting the use of online refractions in that state. Unless we are informed, aware and engaged in the political process, both at the local and state level, it will become increasingly more difficult to serve our patients with excellence. When issues of concern arise, attend your local council meetings and make public comment. Write editorials to your local newspaper. Get involved with your state AOA.

Day 2: To be an outsider or an insider.

Being a delegate to the national convention opens up doors and opportunities not otherwise possible. Not only do you gain direct access to our nation’s leaders, you get an “insider’s” perspective to the issues of the day. At the convention, I learned that public perception, as well as media portrayal, of certain topics, were vastly different from what really went on, behind the scenes. It was exciting to meet governors, state representatives and grassroots activists from all over the country.

Optometry is a legislated profession, so it is important for ODs to consider going to their party’s national convention. We have to start the conversations. We have to inform and educate our leaders. Showing that we care enough to be national delegates could be the first step in earning their respect. For example, it was a privilege to meet the Massachusetts state representative. She pointed out that Massachusetts was the only state that did not allow ODs to treat glaucoma.

Day 3: On the privilege of being asked to speak at the RNC.

Less than one week before arriving at the convention, I received a phone call from the RNC. They asked me to be a speaker for their program! It was quite shocking and an incredible opportunity that I could not decline. Surely, they would want a seasoned politician and someone with proven speaking skills to be on the national stage. Why would they choose me, an outsider, to speak on the last night of the convention? I think it was to show an everyday and hard-working American, supporting their presidential nominee. I also think it was to show that people from every ethnic background could live the American dream and participate in American democracy.

A professional speech writer was assigned to me. He made a few edits to the speech I had written myself, in between patients! There were a few rehearsal sessions, with trained speech coaches. I really enjoyed the VIP treatment I received as one of the speakers. Delicious meals were provided in a private suite, with Secret Service protection. I had a personal chauffeur, as well as my own makeup artist and hair stylist.

All week long, I had not slept well. I was stressed and anxious about skipping words or stuttering before millions of people. I was afraid of becoming a national embarrassment! Thankfully, I had my three-minute speech, solidly memorized. I focused on the wonderful people, friends and family who were cheering me on. The first applause gave me the confidence and calm I needed to deliver my speech with passion and energy. My message came directly from my heart, it was deeply personal. I loved every moment on the stage. This was an event that I will always treasure.

Political Activism Can Benefit Both You & Your Community

Be aware that political activism can have both a positive and negative impact on your practice. Many of my patients were excited for me, but some were not. One patient told my friend that she would no longer come to me. Another person, not my patient, posted a negative comment on my Google practice web site.You must look carefully at the majority political views in the community before deciding to go public with yours.

Political activism has forced me to overcome my natural introversion and be more assertive about reaching out to people. It has also made me a better listener, and more sympathetic to where people are coming from, regardless of their political stance. All of these things have improved the ways in which I interact with my patients.

Political activism has forced me to become a better communicator. I am learning how to engage, debate and answer questions. I try to present my arguments with honesty, authenticity and clarity. As a delegate and a speaker at the convention, I have had several interviews, as well as slots on talk radio shows, and my RNC speech also has opened doors for more speaking engagements.

How can political activism, at the local, state and national level improve the level of care you give to your patients?