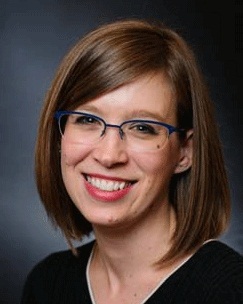 Employees with a positive attitude create an office with a positive vibe–which patients respond to. Encourage an upbeat staff, and move swiftly to correct or terminate an employee whose negativity brings the whole office down.

We have found that positivity works, but on occasion, had to address a negative employee, which resulted in termination. The good news is in five years as an employer, I have had to terminate just one! A positive office with the right management measures can make termination a rarely used option. The sole reason for the only termination I had to implement stemmed from a bad attitude. I learned that you can teach skills if someone doesn’t understand a task, but you cannot teach attitude or personality. Even though you can’t teach that, one unhappy staff member can infest the office. I’m not sure of the impact of an unhappy staff member on a larger office, but it can be devastating in a small office like mine with three employees. It is a situation that has to be dealt with sooner rather than later. Dealing with this is hard in a small office because everyone is trying to work efficiently and we all work so closely together that good friendships are formed. It can be hard to differentiate friendships from business when there is a small staff.

I give employees who not performing at the expected level ample opportunity to improve. I will give the struggling employee a couple of months to turn their work performance around provided they have done nothing illegal or exhibited gross negligence. Here is how I encourage a positive attitude in my office and first try to work with negative employees, and then terminate them if necessary.

Take Patient Feedback Into Consideration
We talk a lot about our perceptions of value. Thus, patient experience is the driving force of re-organization. By the time I as doctor learn about an unhappy patient, a lot of time and methods of resolution have already been attempted. I take all complaints very seriously and try to rectify the situation as readily as possible. If there are multiple complaints about a specific staff member and that person doesn’t change then that leads to termination. One of the hardest things is coming to terms with that decision if there are really good strengths and qualities in that staff member. But I learned that I am only as good as my staff. My staff members are the first and last points of contact with my patients, so sometimes terminating a poorly performing employee is necessary. Our goal is to be the preferred choice in the community and that can only be achieved as long as our patient experience is exceptional.

Red Flags an Employee Has a Negative Attitude

It goes beyond waking up on the wrong side of the bed, however, in a small office that might be where it starts. The employee doesn’t seem to want to engage with their patients like they once did. The employee might become argumentative with the staff, doctor and patients. It might be that they aren’t the happy person you thought they were when you hired them. It could also be negligence in quality of work because the attitude is so poor that they lost their motivation for success.

Have the Conversation with Troubled Employees

I practice an open door policy with my team. If a staff member has an issue with another staff member, they are taught to work toward a resolution between themselves. However, I am able to listen and intercept if a resolution can’t be found. If one individual is having attitude issues with everyone, I’ll intercept early by asking the staff member with the poor attitude to explain their situation. Maybe they are feeling overwhelmed or threatened and either listening or putting them in a different job role is all that is needed. If the situation isn’t that simple and specific changes need to be made then the expectations are documented in the staff member’s record. Whenever a conversation is had regarding change, attitude or job performance, there is always a follow-up meeting about a month later.

This interval between the first and second meetings allows the staff member an opportunity to change their attitude or job performance. I like a month because it’s short enough that you keep a handle on the situation, but it is also long enough for change to occur. At the next conversation, if positive changes have been made and a resolution is accomplished, then the problem is considered fixed. However, if the staff member didn’t change and meet my documented expectations, then further documentation is done. At some point, a formal write-up letter will be issued that the employee has to sign. This letter states the exact reason for the official letter and states what must happen for them to not be terminated or put on probation.

The protocol for how many write-up letters to issue and the severity of action is clearly defined in the office manual. Every new employee must sign a form that states they have read and understand the content of this manual. Any time a change is made, everyone signs a new form. The amount of documentation might seem extreme, but it is a good practice to enforce so everyone clearly understands expectations, but it could also help avoid legal complications that might arise after a termination.

Have the Conversation About an Unhappy Patient

I am a firm believer in giving everyone the opportunity to speak their mind. I would start the conversation by asking the employee what happened and then let them know what the patient told me. I would then give the employee an opportunity to tell their side of the story and then I would follow-up by explaining the parts of their thought process that didn’t line up with the mission of the practice. I would try to help them understand how bad unhappy patients are for the practice because angry people spread the word to friends and family. I would try to brainstorm with them ways to handle a potential situation differently so the outcome is positive instead of negative. Again, I would document the conversation in the employee’s record. If, at any time, the employee doesn’t seem to care or there are many complaints then I would be straightforward in telling them that their behavior could lead to termination if things don’t change. I tend to not have much tolerance for repetitive complaints about the same employee from patients because the patients are the reason we all have a job.

I try really hard to let my staff know that I want to help them anyway that I possibly can. I have asked them often how I can help them in order to ultimately help me and the practice. A few employees who have come from the corporate world have been intimated by this, but once they understand that I truly want to help, they are much more able to openly communicate about their own strengths and weaknesses. So, when conducting a reorganization in which no one is being terminated we talk a lot about what the employees like and don’t like and how to maximize their strengths. Once they aren’t afraid to speak openly, the conversation isn’t about criticism or negativity. If someone is struggling, I offer guidance about how to think about a particular situation next time.

When termination is imminent, the goals are the same, but more direct. By now we’ve already had brainstorming sessions and now the meetings are direct. The official letters specifically state what happens if expectations aren’t met and what the next step is. Everyone has to sign the letters, stating that they understand and have read them and all questions have been satisfactorily answered. I think these letters help take out some of the emotion in the process, and it helps you be more direct and focused. When termination occurs, they are also presented with a letter that states the reasons for termination. It is typically a summary of all the unresolved letters or issues.

It is important to reassure the other employees that what happened had no bearing on their job performance. If the employee was having a bad attitude toward other employees, you might want to reassure them that things will get better. In a small office, there will be some reorganization that will occur and people will have extra duties until the next employee is hired. You should acknowledge the temporary extra work, thanking the employees for their hard work and dedication while reassuring them that a replacement will be found.

I meet with each team leader once a month for about 30 minutes. This is a great time to talk individually about ongoing projects or challenges. The idea was originally implemented as a way to help the employee that I terminated. I wanted to give her plenty of opportunities for success and guidance. However, I found that while it didn’t work out for that particular person, it was great for the office. We’ve been able to accomplish tasks that otherwise would get brushed aside due to a busy schedule.

We are currently working on implementing the “Needs-Based Solutions” approach from Essilor. One employee really likes it because she feels it makes her job easier. She likes to talk and interact with patients. The other optician, however, is less outgoing. She is very nice and detail orientated, but she sometimes struggles with thinking outside the box. So, we have many conversations that include role-play exercises. This has helped her to build her confidence.

I am a direct and honest person. While I don’t like confrontation, I believe in fixing situations before they become issues. I like to have everything stated clearly and documented so that there is no room for misunderstanding when emotions run high.

Rachael Click, OD, is the owner of Preferred EyeCare Center in Mount Pleasant, SC. To contact her: drclick@preferredeyecarecenter.com.