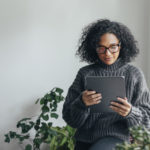 Amazon Care has signed several companies to its telemedicine service, as the consumer giant continues with plans to roll out the service to all 50 states by this summer, according to a report by Kat Jercich published in Healthcare IT News.

Speaking at a Wall Street Journal Tech Health event, Amazon Vice-President Babak Parviz said that “we’ve had quite a bit of interest from other companies in using this service.”

“We are planning to expand the digital component of this in the next few months to every state in the U.S.,” said Parviz. “We’ll also make it available to other company employees, besides Amazon, to use this, should they choose to sign up and use the service. The plan is to expand the service nationwide.”

Described by Parviz as a “hybrid” service, users in Washington state, along with those in Baltimore and D.C., can access in-person aspects of Care for follow-up needs such as blood draws.

How Much Will Telemedicine Save Healthcare By 2025?

“It has an entry point, which is an app, on someone’s phone,” he said.

Parviz said that the company is planning to make the so-called full service available in other regions “as fast as we can.”