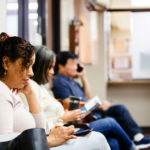 Amazon is opening health centers in five states to provide primary care to its employees, according to reporting by Alia Paavola in Becker’s Hospital Review. The reporting was based on a press release issued by Crossover Health, a medical group that works with self-insured employers, which Amazon is partnering with to open the health centers.

Amazon opened its first Neighborhood Health Center in Dallas in July 2020. It also has centers in Phoenix, Louisville, Ky., and plans to open them in Detroit and San Bernardino/Moreno Valley, Calif. The facilities operate on extended hours during both the workweek and weekends to accommodate employee schedules.

Has COVID Accelerated Biases in Optometry?

How Many ECPs Have Had An Employee Contract COVID?

The goal of the health centers is to lower the cost of healthcare by encouraging employees and their family members to go to the centers for primary care instead of more expensive emergency rooms or urgent care centers. Amazon and Crossover Health said they have launched 17 health centers in cities across the country with the expansion.