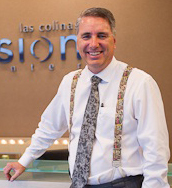 We have had what I consider a successful practice for a number of years. We have been fortunate to stay busy, yet it seemed like at times it was too busy and that left me stressed at the end of some days. It also felt like we could be more efficient, especially when it came to moving patients through our examination routine. It seemed to me that we tended to move them from room to room more than needed.

It was with this backdrop and the assurance from ODLean that we could see more patients, feel less busy and increase our revenue that we hired them to analyze our practice, and in particular, our patient flow through the practice.

After having gone through the process a year and a half ago, I can say that they delivered what they promised. We are seeing more patients per day, I feel less stressed with our new system compared to the old and our revenues are up 5 percent over the past year compared to the 3 percent we had been averaging the previous several years. That percentage may not sound like much, but on revenues of over $2 million per year it makes a big difference. 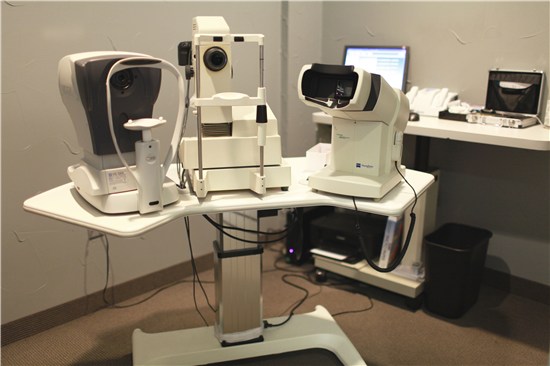 Pre-testing in Dr. Krivacic’s office was streamlined by combining several instruments, that had previously been in separate rooms, into one room.

We paid approximately $15,000 for ODLean’s services. In comparing our net collected income, we increased that the next year by about $130,000. If I can collect an extra $130,000 on a $15,000 investment, I’ll do that every day, and that is only the first year after implementing the changes.

So, how does that compare to our normal growth rate? We were on a growth rate of about 3 percent on a practice that has net revenues of over $2 million per year.

That amounts to a normal increase of $70,000 per year, which still shows a nice increase over what we had been doing on our own. In a smaller practice I believe the return on investment would be even more beneficial.

In our office we have two full-time doctors and, on average, see 32 full eye exams per day. Prior to the ODLean analysis, we saw an average of 30 patients per day. By seeing two more patients per day we gain about an additional $150,000 in revenues annually.

In our practice, we allot a 20-minute time slot for a comprehensive eye exam for all our doctors. All other visits are allotted 10 minutes. These other visits include contact lens follow-up visits, short medical visits and glasses rechecks. Each doctor does two full exams per hour with shorter visits such as contact lens checks in between.
I make a conscious effort to stay on time. I view the patient’s time as just as valuable as ours and try to respect that by sticking to our schedule as closely as possible.

Most of our patients spend between 30-45 minutes in the optical after their exam. We make a conscious effort to limit the clinical portion of the patient’s visit to no more than 30 minutes. Most patients are on a schedule also, and if most of their time is taken up in the exam portion, that leaves less time for them in the optical.

Before any changes were made, ODLean came into our office and observed how our flow worked. They timed the patients through every encounter in our office. They then took this information and storyboarded it to see how we could streamline the encounter not only for us (doctor and staff), but also for the patient.

In the flow through the clinical part of our practice, they discovered that, on average, the patient made five separate stops through the process. Our goal was to reduce that to three stops.

We accomplished that by combining several instruments that had previously been in separate rooms into one room. An example of that is combining FDT, auto-refractor and retinal camera into one room. Previously the camera had been in a separate room and required a separate stop. We also set up another room to house an additional FDT and auto-refractor to help us when we became backlogged.

Another area that changed was the flow of a contact lens patient through the practice. Previously a patient was taken through the pre-test process and then seated in an exam room. Once there, the doctor was called in to evaluate the contacts before they were removed and then the patient was taken back out to have topography and specular testing preformed. This was again another stop for the patient. This was streamlined by taking the contact lenses off before the doctor saw the patient and performing the tests. The doctor was called in after all tests were performed so that the patient did not have to move again until the patient exited the exam room once their examination was completed. I had some concerns that the quality of care would suffer by skipping this step, yet this has not been an issue over the past year and a half.
We also eliminated contact lens follow-ups for former patients with no issues other than needing to refill their contact lens prescription at the time of their annual exam. In the past we had performed a six-month follow-up just to make sure patients were doing well. Occasionally a patient asks why we don’t perform the follow-up and I just explain that it is not necessary if everything at the exam looked good.

An office template was created in our practice management software that reflected the fact that we had two full-time doctors. Prior to the change, both doctors had the same schedule so that patients tended to show up at the same time and this caused a backlog at the front desk. The new template staggered our schedules to spread out the appointment times and not have full eye exams arriving for the same appointment time.

Almost all the changes we performed did not require any monetary expense. The only monetary layout was the consulting fee from ODLean. As noted, the fee was $15,000 and included their staff analyzing our current flow in the office and then recommending changes based on their analysis. There was also a full-day workshop whereby we closed the office and received training in the analysis and the changes to be made. The consulting fee also included a monthly phone consult to go over the resulting measures of the metrics in our office. The consulting period was for one year and each phone consult lasted between 30 minutes to an hour.

The reader might think, why not just add an extra exam per day and save the $15,000? That is a good point and could be done, and without the benefit of an outside opinion, we would have only added an extra exam and added extra stress. One of the things I wanted to accomplish was to be more efficient and see more patients without adding extra stress. In using the consultants, I believe we accomplished that objective.

Bottlenecks are always a problem in a busy practice, yet there are ways to help reduce those from happening. I believe a lot of prevention of bottlenecking starts with having a schedule that is spread out enough to prevent the bottlenecking in the first place. There should be a few slack times put in the schedule to allow things to catch up. This is not only important to the solo practitioner, but even more so to a group practice where several doctors are there at the same time.
Bottlenecks can also be reduced by having ample equipment, especially in spots that are more frequently used such as an extra auto refractor or visual field screening device. It’s also wise to take advantage of handheld instruments that don’t necessarily require one room to perform the test.

If a patient arrives late for an appointment, we do our best to either work them into the schedule, or if it’s not to inconvenient for them, to reschedule for another day. Sometimes rescheduling cannot be helped, especially if it’s right before lunch or the end of the day. If there is time to work them in, we explain that patients who show up on time for their appointments will be seen first and we will do our best to work the late arriver in. In some ways this trains patients for future visits and shows that we value all our patients’ time.

We encouraged the staff to stick to the new schedule and constantly reiterated the fact that we were making these changes to eventually make things flow better and to have a more pleasant environment to work in.

Ken Krivacic, OD, MBA, is the owner of Las Colinas Vision Center in Irving, Texas. To contact him: kkrivacic@aol.com.