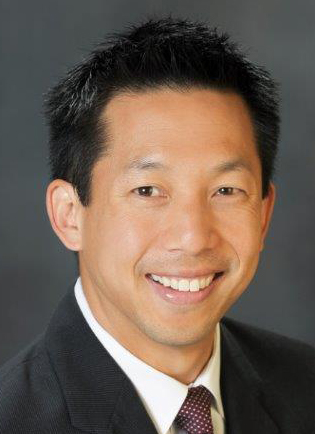 Will the next wave of technology take optometry to the brink of extinction – or will optometry adapt and become stronger because of it?

Independent optometry has successfully persisted in the face of repeated threats. In years’ previous, pessimists worried about the entry of retail chains, one-hour eyeglasses, autorefractors, big-box vision centers, mail-order and online contact lenses, mandatory prescription release, the increasing reach of managed care and the proliferation of LASIK. Yet optometrists adapted to these changes, even embracing them to their own and patients’ advantage.

Today, there is angst over the number of ODs produced by the growing number of optometry schools, emerging self-guided refraction technology, importation of cheap offshore digitally surfaced lenses and “generic” contact lenses, over-the-counter minus lenses and progressive glasses, mobile and remotely performed eyecare, and smartphone apps for renewing contact lens prescriptions. Online sellers are increasingly looking to technology to bypass doctors to generate the prescriptions that they need, even if at odds with what’s best for the public well-being.

More consumers, led by Millennials, prefer to shop using their phones or tablets, doing their own research, avoiding face-to-face interactions due to fear of experiencing sales pressure and sales tricks. Image recognition technology is advancing to the extent that machine-learning has enabled the detection of diabetic retinopathy as well as an ophthalmologist could. The trend is that technology is leading to improving efficiency and commoditization of repetitive, high-volume eyecare, although the more complex and higher-cognition services remain.

My conviction is that independent optometry will persist and continue to bring compelling value to patients, although the profession in 2026 will look very different from what it does today. Today’s retail-oriented private practices increasingly appear to consumers like old school peddlers of high-priced jewelry. The new breed of eyewear retailers have an omni-channel presence and meld the elements of the low cost and disposability of fast-fashion clothing, along with elements from fast-casual dining (i.e. Chipotle) where a limited choice at the service line allows for efficient assembly done while you wait. The most successful optometrists will incorporate the same disruptive technologies into their own operations, while moving into novel areas that require complex customization: medical eyecare, corneal reshaping and regulating refractive error, vision therapy, low vision and scleral lens prescribing.

Still, there is no denying that the pending industry changes may be difficult for many optometrists. Naysayers will point out that the threats ahead are unprecedented and may buck the profession’s historical pattern of survival.

While no one can say for sure what the future will bring, perhaps the following tale of optometric dystopia will prepare you for the coming changes:

The year is 2026 and the magnificent species known as Optometris independus, is endangered. Dwindling food supply and habitat destruction have combined to decimate the U.S. population of O. independus to less than 2,000, according to the last Audubon’s Christmas Bird Count.

A decade earlier, the favorite food of O. independus, the nutritious berry of the myopia tree, was rapidly multiplying as the tree thrived and aggressively spread. At its population’s peak, the genus, Optometris had swelled to nearly 38,000 with 27 nesting sites producing hatchlings eager to feed on the abundant supply of berries. Yet inconveniently, two invasive species of birds, with voracious appetites, took a liking for the same berries, too. Warbler parky, a genetically-modified blue-crested gray thrasher, escaped lab captivity, co-locating with O. independus, eating much of the low-hanging myopia tree’s berries. Jins opticalis, a clever Japanese mockingbird, spread like wildfire in the U.S., eating the remainder of the berries, leaving just the disfigured, sour fruit that was hard to reach. In the beginning, O. independus used its keen smell to forage and beat W. parky and J. opticalis to the best berries.

But W. parky and J. opticalis learned to find the myopia tree berries on their own without following O. independus. Then, W. parky and J. opticalis began cultivating the myopia tree, an impressive and disruptive skill that O. independus could only admire. Compounding the plight of O. independus, its secondary food supply – beans produced from the Lentis contactis plant – were also under competition by the slithery reptile, Interneta distribis. In a surprising move, Reptile Land lawmakers, under heavy pressure by environmentalists, designated I. distribis a protected species, quadrupling the population of I. distribis, as hunters could no longer take them for sport. In the wake of drastically fewer myopia tree berries and L. contactis beans, legions of O. independus starved.

As if this weren’t enough, the vertically-integrated agricultural powerhouse, Vegetation Production Services, was losing market share and consequently increased its charges on O. independus to access their vast crops of myopia trees and L. contactis plants. They also imposed stringent requirements for harvesting, including allowing berry harvest only from “eligible” trees that had been untouched for at least 24 months while granting access to premier status beans to any O. independus that agreed to exclusively use bird bathes operated by Vegetation Production Services.

Around this same time, EyeVeg Lumber cut deep swaths into old forests, further shrinking habitat for O. independus to meet the construction demands of growing cities.  While EyeVeg Lumber had allowed O. independus to harvest on their land all along, they struck up deals allowing W. parky and L. distribis access to the same feeding grounds.

Yet not all is bleak for O. independus. They are fortunately resistant to the dreaded bird flu and have a knack for avoiding polluted water sources, unlike their competitors. Many surviving members of O. independus abandoned their solitary behavior, banding together in alliances to share information on strategies to gather berries and beans.   Those migrating to rugged, remote areas which are inaccessible by the loggers, have found plentiful food that W. parky and J. opticalis do not consume.

Naturalists have observed O. independus here digging to uncover worms, flies, and spiders. In these environments, O. independus is re-establishing new colonies. So far, wildlife biologists believe that O. independus will avert the ill fate of Taxicabus drivis when Uber drivis invaded their habitat over 10 years ago – and likewise dodge what happened in the 1500’s to Raphus cucullatus, commonly known as the dodo, when Dutch sailors invaded the island nation of Mauritius.

What do you think independent optometry will look like in 2026? What are you doing now to prepare for future challenges, and to optimize future opportunities?

Brian Chou, OD, FAAO, is a partner with EyeLux Optometry in San Diego, Calif. To contact him: chou@refractivesource.com.